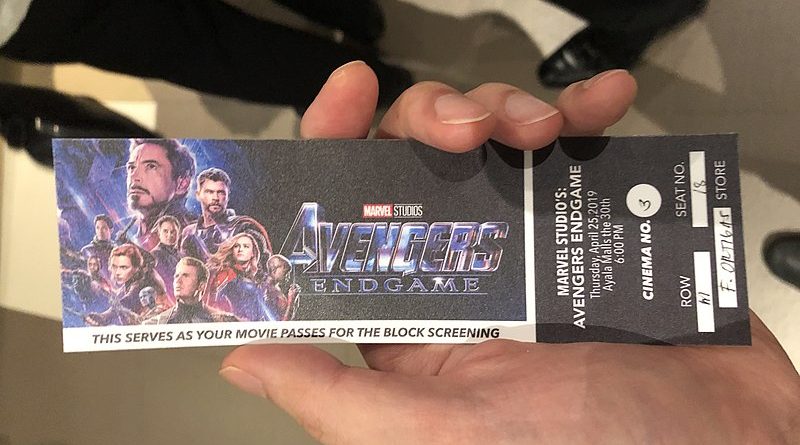 We all suspected that Avengers: Endgame was going to make a ton of money at the box office, and we were not wrong.

After its first five days in theaters Avengers: Endgame broke 28 records and that doesn’t count records for countries outside of America, for which there were many more.

During each of its first three days, it broke major American records. It made $157 million on its opening Friday. Before that, the record for biggest Friday was $119 million from Star Wars: The Force Awakens. Endgame then broke the Saturday record with $109 million. The previous record was Avengers: Infinity War with $82 million. No non-Marvel film has ever made more than $70 million on a Saturday. Endgame then made $90 million on Sunday, beating Infinity War’s $69 million.

In total, Endgame made $357 million during its domestic opening weekend. That beat the previous record by exactly $100 million.

Endgame also destroyed the worldwide record. Entering 2018, The Fate of the Furious held the record with $541 million. Infinity War broke that record with $640 million. Endgame made $1.223 billion, nearly twice as much as the old record.

After its opening weekend, Endgame slowed down considerably in America while it continued to soar worldwide. Domestically, Endgame was the fastest to $500 million, reaching the mark in just eight days and following its fourth weekend, it passed Avatar to become the second biggest domestic film ever, with $770 million.

Worldwide, Endgame passed Titanic after just two weeks. It was the first time ever that a film not directed by James Cameron made more money than Titanic. Following its fourth weekend, Endgame had made just over $2.6 billion worldwide, and it should be able to overtake Avatar for the record by the end of May.

Day over day grosses between the two films put Endgame at $770 million after it’s first 24 days in theaters. The Force Awakens made $812 million during its first 24 days. As a result, Endgame could realistically finish with around $820-$850 million domestically once it’s pulled from theaters, maybe a little bit more.

In total, Endgame has so far broken 36 major records, with 34 being domestic records. The film has also broken hundreds of foreign records and has made more than $50 million in nine other countries and more than $10 million in 26.

It’s going to be fun seeing how far Endgame can make it on the worldwide stage. While it will most likely break the worldwide record, the real fun is in seeing whether or not Endgame can become the first film to ever break $3 billion. If it doesn’t, Marvel will have plenty of time to try again with the long list of films that they have planned for phase four and beyond.