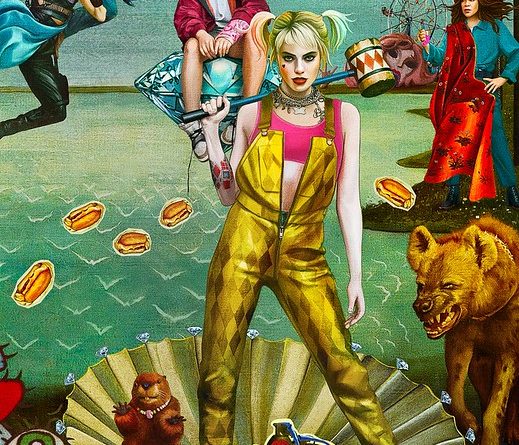 Harley Quinn among other characters in the Birds of Prey movie poster. Photo Credit: Tevin Tev via Flickr

If you are a fan of stylistic action in film, then Birds of Prey is a must-watch. While it is part of the Marvel Cinematic Universe and in many ways a direct sequel to Suicide Squad, it makes its mark as a completely unique cinematic experience.

As a film fan, Suicide Squad was bad. The story, effects, and action sequences were labeled as bland, cliché, and silly. But when it comes to Birds of Prey, it’s the complete opposite and feels more like a Matthew Vaughn film than something that came out of the DC Universe.

For those who don’t know Matthew Vaughn, he worked on the Kick-Ass, Kingsmen, and X-Men First Class franchises, which have all been known for their unique styles. Birds of Prey is a lot like those films, with fourth-wall breaking dialogue and quick–paced, effects-heavy action.

It was a nice change of scenery from what the DCU has been releasing over the last couple of years, and one of the biggest pluses of Birds of Prey was the cast.

It’s not every day that you get a film that has a perfect cast. By perfect, I don’t just mean that the actors and actresses all put on great performances. I mean that the chemistry between all the characters and actors is on point as well.

While the star of the film was Margot Robbie as Quinn, some of the best performances belonged to Huntress and Roman Sionis (Ewan McGregor). McGregor played an amazing villain, who was just as calm and collected as he was crazy. You wouldn’t expect him to be a bad guy, but then once you see how he acts and the things he does, he becomes one of the best at being bad.

McGregor really shows what a villain should be like and in my opinion, it’s one of the best villain performances of the past decade or so, along with Heath Ledger’s Joker and Javier Bardem’s Skyfall villain.

This is done in order to better explain how different characters and events are tied together. However, it ultimately becomes a chain of details that becomes hard to follow. By the end of the film, you’ll have a very good understanding of the plot, but you would not be able to explain how one event led to the next without having to look it up.

I even watched the film twice and I’m still  puzzled as to how much time passed between some of the events. This, because some of the events look like they take place during the same time as others, but then they throw you for a loop.

I also feel like there wasn’t enough Huntress compared to the rest of the cast.  She had a small role right at the start of the film but then she wasn’t really a big deal again until the third act began. Everyone else seemed to have a lot more screen time despite Huntress’ character and personality being one of the best.

Overall, Birds of Prey is a lot of fun, especially if you are able to see it in large formats like IMAX because much of the action really jumps out at you. Great acting, great humor, and great effects brings the film to a 9 out of 10.