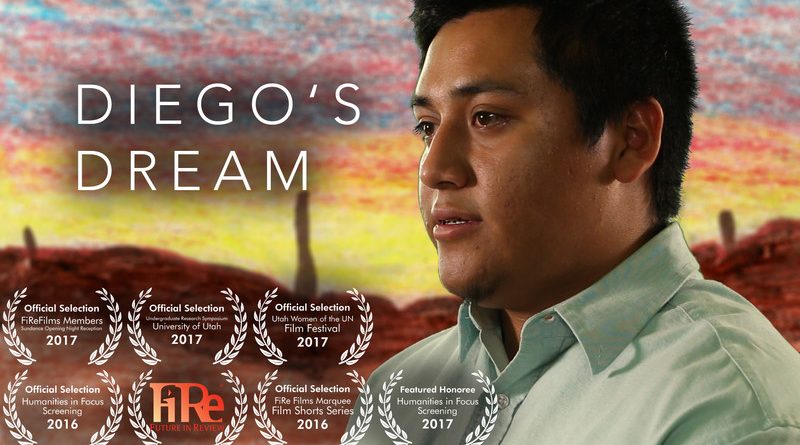 Diego’s Dream was one of the many documentaries shown during York’s Film Festival, Celebrating Hispanic American Heritage.

The York Film Festival displayed a number of movies, documentaries and videos embracing the Latin/Hispanic culture and its diversity For Hispanic Heritage Month. The event ran from Oct. 12- 13, and included films from South and Central America as well as the Caribbean (Dominican Republic and Puerto Rico).

The producer and director of the nights’ documentary, Colonization is Extinction, Mr. Walter Gualterio Alomar from The Organization for Culture of Hispanic Origins (OCHO) was present and spoke a bit on how things are for the Puerto Rican people as well as promoting OCHO. He discussed their non-profited efforts of collecting donations and how their connections are used to help send supplies to  the island.

The films brought awareness to the desperation, violence and defense tactics many of the Latino/Hispanic countries endure just to get buy and survive and even what lengths parents will go to to give their child a better life.

One of the documentaries shown was Diego’s Dream by Peter C. Davidson. Narrated by Diego Joaquin Catalan the film centers around his life as he crossed over the Mexican border  to come live in the the U.S with his mother and siblings.

He describes how it was from the day his mother said they will leave Mexico for just for a while,  and how he had to say his goodbyes to all his loved ones still staying in Mexico. He spoke on what he saw and experienced during their journey to come to the States “illegally” just so they can have a better lifestyle and more opportunities. Many students can relate to Diego’s story because now with what is going on with the DACA program being terminated they can lose all they have worked for and all that their parents sacrificed just because of their status.

Another film shown was a Guatemalan documentary called Viudas. In this documentary the production team spoke and interviewed women whose husbands were killed as they worked in the public transportation system (as bus/taxi drivers.) These women had to take the role of mother, father and provider after their husbands were assassinated just for the money. Many of those women did not have an education so they had to start from scratch to provide for their children.

This is an epidemic not many outside of Guatemala know, because it isn’t really spoken about outside of their country. Unlike here in the States what we do know is about MS13 or La Mara Salvatrucha, who are a world known gang from San Salvador. Which have always been around yet now in the late 2010s is when their names are reappearing within the U.S.

Yet not all of the films presented were of sadness and despair. There were also some comedic ones and reflective films shown during the event.  For example they showed a Christian music video titled Abre Los Cielos, which translates to “Open the Skies”, by Dominican Christian rapper Redimi2. In the song Redimi2 spoke of wanting God’s protection and guidance in the country of Guatemala and all around the world.

An Argentine film Acerca de la Proximidad de los Cuerpos, which translates to “About the Proximity of the Bodies” brought a moment of romance and laughter. Though it was a silent film you saw the journey of their lives and how they crossed paths in many ways. The other Argentinian film was No Quiero Decir Nada, Pero…,I Don’t Want to Say Anything, But…”. This film shows a mixed group wardrobe stylist as they gossip amongst one another.   Here we see the gossip mill of the fashion industry and how some latinos can be shady and nice at the same time.

About 100 people showed up to this two day event and after the viewing there was an after party fundraiser for the York College Relief Effort in hopes of helping those who were affected by recent natural disasters and in dire need of assistance.