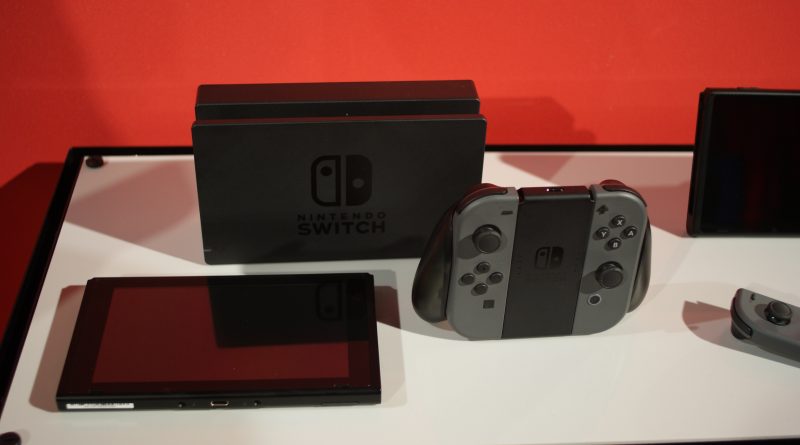 The Nintendo Switch, released on March 3, has a unique concept that sets it apart from other gaming systems. It is a home console that you can also bring anywhere. The hybrid system is a marriage between Nintendo’s separated console and portable lines.

Previously, Nintendo fans would have to buy a 3DS for portable gaming and a Wii U to play on a TV.  Nintendo’s handheld line proved more successful than the failing Wii U console, which gave Nintendo the initiative to go in this brave new direction.

The goal of the Switch is to give gamers the feeling of an “on-the-go” home consoler. The Switch offers an experience where gaming can fit into a person’s schedule. For a student who is constantly traveling, whenever the moment arrives for game play, the switch is ready. Unlike prior handhelds, the Switch is graphically superior than Wii U and exceedingly more powerful than the 3DS.

Nothing shows the power of the latest handheld console like its launch title, The Legend of Zelda: Breath of the Wild. Nintendo sought to reimagine the conventions of what Zelda is and revamp the first title in the series. The game is also released on Wii U. But, the Switch adaptation shows why it is the definitive version of the title by fully engrossing players into its open world anytime and anywhere.

The gamer plays as Link who is awakened in a shrine of resurrection after a hundred-year sleep. The player is given an odd and futuristic item called the “Sheikah Slate,” shaped similarly to the Switch console. The multipurpose tool, will allow users to alter the world. After that, the player goes out into a lively world free to do anything they want. The game feels limitless, as the player can complete story missions to discover Link’s past or head straight to the brutally hard final boss.

The game also has 120 shrines which are puzzles reminiscent of past Zelda dungeons, a huge amount of side missions and hundreds of thousands of collectable items, clothing and weapons. The game is limited only by your imagination. The versatility of how you play the game matches perfectly for the Switch console.

Breath of the Wild looks stunning on the Switch console and challenges advanced game systems such as Sony’s PlayStation 4 and Microsoft’s Xbox One. The Switch slides into a docking port that allows for connection to the television. The two new controllers, called the Joy Cons, can be used separately as two small remote shaped controllers or connected to a traditional controller mold. Utilizing motion with an accelerometer and HD rumble, which lets the players feel unique sensations such as the controller having water or ice cubes inside, also enhances gameplay.

When ready to go into portable mode, all the player needs to do is slide the joy cons into the side of the system and pull it from the dock. The exact same game will be able to be played anywhere right where the player left off.

The Switch is much bigger than a 3DS XL, yet very thin and light. A person could be on their way to school, grab the Switch, put in their bag, play a few shrines in between classes and then go home and put it in the dock and tackle a huge dungeon on the big screen.

The Switch also comes with a built-in kickstand to be used in “tabletop mode,” in which group of people can watch or play the game too. Both Joy-Cons can be used together or as separate controllers, making the Switch the first handheld to have local multiplayer without having to buy a separate console.

The Switch’s operating system, although quick, does feel a bit barren. There are many features that could heighten the usability of the system such as an internet browser or Netflix.

Zelda is a masterpiece of a game, but the Switch other launch titles don’t not have as much appeal. 1-2 Switch is a game that takes full advantage of the motion, local multiplayer and HD Rumble features yet can only be played with friends and is just a collection of 25 simple minigames. It is also priced at $60. The other few games are more shallow and only appeal to a smaller audience. Luckily, these issues can be fixed over time as more games come out and software updates bring about new features.

The Nintendo Switch is priced at $300 with 32GB of storage. The games are priced at around $50 to $60. The Legend of Zelda: Breath of the Wild: Special Edition (as pictured above) comes with a Sheikah Slate case, a soundtrack, a map and collectable coin for $100. With a system as fragile as the Switch, it was important to have a case for portability unlike the durable kid-proof 3DS.

Jaimaron Kelly, York College, a Computer Science Major, says The Switch is going to take over the gaming world.

“The Switch is the probably the best system Nintendo has ever made,” said Kelly. “They are using their unbeatable handheld line to strengthen their console. If it gets portable games like Pokémon, it’s going destroy everything.”