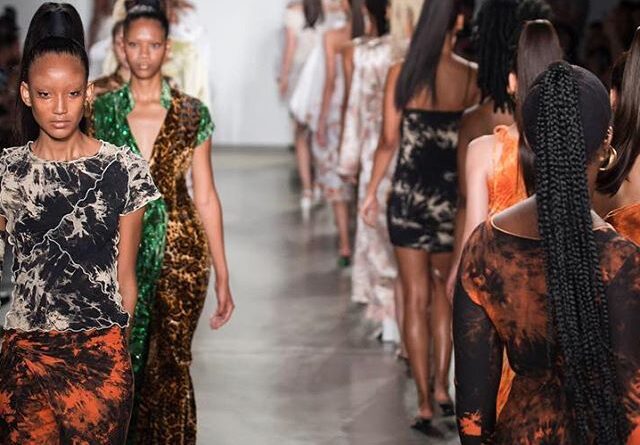 The 2019 KIMSHUI fashion show presented a new seasonal collection – KIMSHUI SS20 in New York City and the outfits embrace a “new-femininity” The show took place at Spring Studios in New York City Sept. 10 during the New York Fashion Week of 2019.

The host of the show was none other than the designer, Kim Shui, a Chinese -American Womenswear designer, whom Forbes has labeled as one of the most influencing “under 30” fashion designers.

Shui’s woman’s womenswear brand was founded in 2016 in New York. Most of her designer outfits are worn by celebrities such as Kylie Jenner, Gigi Hadid, and Cardi B.

The SS20 – Spring Summer 2019 collection was presented at this year’s New York Fashion Week and the concept had an “Asian-Twist” since most of her creative work tends to span over a wide horizon.  The show featured a lot of silk, black and gold diamond accessories, and short mini dresses that had an Asian inspired look for SS20.

According to Fashionista, the designer shared that she wants her summer outfits to be more “sexier” for the summer time.

“I feel like there was a point where wearing a super tight body-con dress was so silly,” She  had said. “I mean obviously, the guys are going to think it’s hot but my real goal was to make the woman wearing it to feel hot.”

Although, her collection embodies and embraces her Chinese heritage, Shui said that everyone can wear it without the cause of alarm for appropriation because it’s a celebration for her – as long as they like the style.

A lot of influencers and recording artists like Kehlani, Nikita Dragun, and Rico Nasty were reportedly in attendance. They got to experience live music during the fashion show and enjoyed watching the models strut the runway.