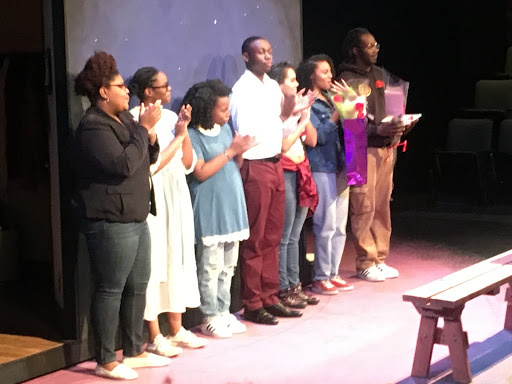 Riolo, describes the play as “three highschool girls who make a pact to get pregnant together, certain that motherhood will fill the different voids in each of their young lives. Especially in today’s climate (and let’s face it since the beginning of time), women have been silenced, taken for granted and misunderstood.”

Riolo wanted the play to stress that women have the right to make their own beliefs and choices to where they want to get to in life. It also addresses themes and issues on things like race, gender, and class.

Milk Like Sugar’s powerful storytelling, acting, setting, lighting, and music made it very realistic, and emotional. The twists and messages throughout the play made the theme much more powerful as it relates to current controversies.

The backstage and production crew did a splendid job when making the audience feel as though they are a part of the story themselves. The cast acting was precise and compelling when delivering their lines whether it was a funny or emotional scene. Overall, this play is a must see men and women of this day in age.