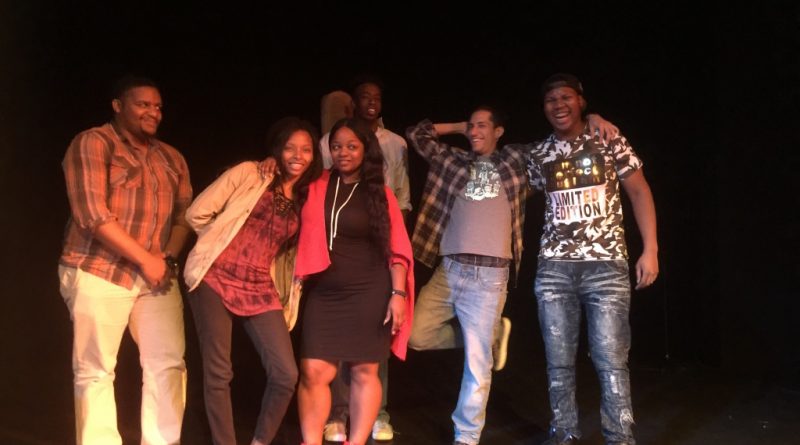 The lights dimmed and the spotlight grew as musicians from York took center stage at the Milton G. Bassin Performing Arts Center on Oct.10 for the Music Club’s Fall Music Showcase.

The event showcased several musicians, some performing original songs or medleys, while others did covers of popular songs. A diverse genre of music was performed as the songs  ranged from slow, r&b type music to hip hop, pop and alternative rock sounding music.

The first to perform was the Music Club’s President, Mark Arias, who performed three original songs. Strumming his guitar Arias began by giving some opening statement thanking the audience and performers for coming out to the showcase and for supporting creativity. Then he performed his alternative rock sounding songs “The Cave”, “Done”, and an untitled song with lyrics that talked about nature, equality and change.

Accompanied by his guitar, second to perform was Jordan Jones covering Taylor Swift’s “We Are Never Ever Getting Back Together,” Death Cab For Cutie’s “I Will Follow You Into The Dark,” and Justin Bieber’s “Love Yourself.” Jones set up a more somber tone with his soft and melodious voice even as he added slight twists to the songs.

Next up was Matthew “Miles” Hardamon who performed a cover of Lost Stars by Maroon 5, a medley of songs that included hits like “Valerie” by Amy Winehouse, “Suit & Tie” by Justin Timberlake, and “P.Y.T (Pretty Young Thing)” by Michael Jackson and an original titled “Lost Time.” Showcasing his powerful voice Miles sang without a microphone and blew the audience away with his ability to hit notes in both the low and high range with relative ease.

Kristen Payton and and Dixon Morisseau were up next performing Misty by Ella Fitzgerald. With Payton singing and Morisseau accompanying her on the piano the audience was transported back to jazz clubs as Payton’s soulful voice crooned out Fitzgerald’s sad love ballad.

Performing two songs, one of which was her recently released single, up next was singer/songwriter Tiffany Moore. Introducing herself as an aspiring artist Moore opened up her performance by talking about her dreams to become “ a voice we hear in our headphones.” The first song she performed was her recently released single titled “On My Mind.” With an r&b feel Moore belted out her love song hitting powerful notes with ease that had the audience clapping and rising for a standing ovation.

Lastly the only rapper among the performers, Devalis “Gra.CD” Carver, went up and performed Rock Party, Party Showcase and Long Ago from his recently released EP. Walking around the stage and interacting with the audience Gra.CD brought his stage to life. One of the highlights of his performance being him getting down on one knee at the end of his performance as the music faded out before popping up and throwing his hat into the crowd.

Though there were not many people in the audience the showcase it only served to its advantage giving the showcase a familiar and connected vibe as the performances went on. The showcase served as a great platform for these aspiring musicians to not only connect with one another but also show their music and abilities to York.

Zlabinger, the Music Club’s faculty advisor, said that for him the showcase has always been one of his favorite events because of the platform it allows students to have.

“It’s a venue for our students to shine and I think it also represents what York College is about in 2017” said Zlabinger.