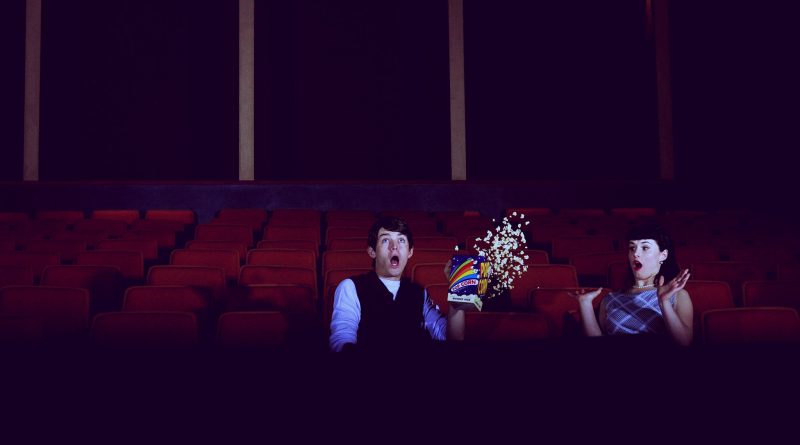 It’s that time of year, October is here. We all know October is most notable for Halloween, and it’s right around the corner. However, due to COVID-19 we may all be stuck on our living room couches. What better way to spend Halloween other than being with the ones you love the most, all while watching classic scary movies.

If you’re looking for a childhood classic then you should check out movies such as Beetlejuice, Halloweentown, Edward Scissorhands, GhostBusters, Hocus Pocus, The Nightmare Before Christmas, and lastly Casper.

Beetlejuice is a 1988 Tim Burton horror, comedy film about a ghost couple who haunts their prior home alongside a poltergeist by the name of Beetlejuice.

Halloweentown, made in 1998, is the perfect family movie. It’s about a young witch named Marnie who is torn between her normal life and her grandmother’s home in an enchanted place where it’s always Halloween.

Edward Scissorhands, another Tim Burton film, is about an unlikely love story between a man with scissor blades for hands and a suburban teenager.

Ghostbusters is a family oriented Halloween classic. It’s about a trio of parapsychologists who start a ghost-catching business in New York City. If there’s something strange in your neighborhood, who you gonna call? Ghostbusters of course!

Hocus Pocus is a 1993 family-comedy about three Salem, Massachusetts witches, resurrected for Halloween.

The Nightmare Before Christmas (1993)

The Nightmare Before Christmas is perfect for both Halloween and Christmas. It’s about the King of HalloweenTown, Jack Skellington making his accidental journey into Christmas Town.

Casper is a 1995 film about a teenage girl’s friendship with a 12-year-old, friendly ghost.

If you’re looking for a classic thriller then you should watch Scream, Halloween, Carrie, The Exorcist, The Blair Witch Project, Paranormal Activity, The Sixth Sense, and lastly The Shining.

Scream is a horror-comedy film about a fright-masked knife maniac, who stalks high-school students in middle-class suburbia.

Halloween is a 1978 film, starring Jamie Lee Curtis. It’s about a mental patient and murderer who escapes a sanitarium and returns to his hometown to stalk innocent bystanders.

Carrie is a Stephen King novel adaptation about a sensitive teen who is bullied by fellow classmates and abused by her pious mother. She soon discovers that she has supernatural powers that take things to a dark and violent turn.

The Exorcist is about the possession of a young girl and her mother attempts to save her through exorcisms.

The Blair Witch Project is about three hikers who stumble across the legend of the Blair Witch and soon enough disappears. The movie consists of found footage, recovered by the hikers.

Paranormal Activity is about a young couple who are haunted by a supernatural presence in their home. They eventually set up cameras to document what is haunting them.

The Sixth Sense is a psychological thriller about a young boy who can communicate with the dead, and the psychologist tries to help him.

The Shining is a Stanley Kubrick film about a family heading to an isolated hotel for the winter where a sinister presence influences the father into violence, while his psychic son sees horrific forebodings from both past and future.

If you are looking for something a little more recent you should definitely watch Us, Get Out, Mother, The Turning, Antebellum, and lastly Gretel and Hansel.

Us is a Jordan Peele film about Adelaide Wilson and her family who are attacked by a group of menacing dopplegangers.

Get Out is another film created by Jordan Peele about a young African American man visiting his white girlfriend’s parents for the weekend, where his simmering uneasiness about their reception of him eventually reaches a boiling point.

Mother is a psychological horror about a young woman whose tranquil life with her husband at their country home is interrupted by the arrival of a mysterious couple.

The Turning is an adaptation of the 1898 ghost story about a young governess hired to watch over two children after their parents death.

Antebellum is a 2020 film written and directed by Gerard Bush. It’s about a woman named Veronica Henley who finds herself trapped in a horrifying reality that forces her to confront her past, present, and future before it’s too late.

Gretel and Hansel is a 2020 dark fantasy horror film based on the german folklore Gretel and Hansel. It’s about Gretel and Hansel entering the dark woods in order to find work and food, after their mother slipped into madness the children soon stumble upon the home of a witch and foresee a series of unfortunate events.

When boredom strikes these movies are bound to keep you afloat. Just watch them, you won’t regret it. So you and your family relax and sit back, grab that bucket of popcorn and pumpkin spice latte and enjoy the selection. Happy Halloween!