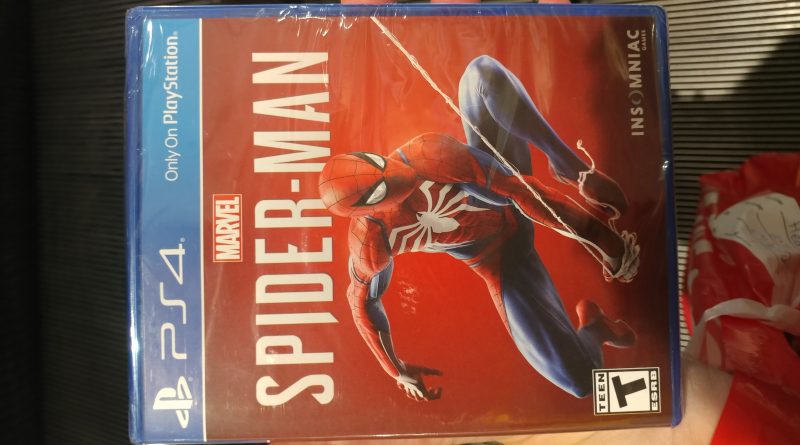 To some fans, in order for a game to be successful, it needs to be the kind of game that makes players talk about it for weeks after its release. That’s exactly what happened with the new Spider-Man game for PlayStation 4.

Many years ago, video game developer Insomniac Games announced they were working on a new Spider-Man game. It wasn’t exactly big news because at that point there had been many Spider-Man games in the world. Most of which had failed.

But Insomniac promised this game was going to be different. In their history, they developed multiple games that were critically acclaimed and once they started showing gameplay footage of the new game, hype started building up.

The game was released on Sept. 7 and instantly became one of Sony’s biggest video games of all time. It sold more than 3,000,000 copies during its first three days (not including the copies that were bundled with limited edition PS4 consoles).

That night, millions of gamers booted up the game and fully experienced what Insomniac promised. They were not disappointed. The developers promised gamers that they can swing through a lifelike replica of Manhattan while battling classic Spiderman villains in a dark and emotional story.

The game really delivers. While some of its side missions are quite dumb and repetitive, the main story, which can take approximately 20 hours to finish, is full of character development, beautiful cutscenes, and wonderful combat sequences.

The game is incredibly smooth and fluid. In previous Spider-Man games, if you were swinging, the slightest movement in a different direction would have caused you to crash. In the newest reincarnation, you can literally swing for hours without ever stopping and doing some sick tricks.

Spider-Man has the best combats any game could have, with great controls and a near instantaneous reaction time. There are plenty of well-known games that suffer because of okay reaction times, but this one goes above and beyond making sure that nothing gets in the way of your experience.

One thing that angered some fans was how realistic the city looked. Unlike previous games, this one went to new lengths making sure you knew it was Manhattan. Every street was named and hundreds of actual landmarks and buildings were featured throughout the game.

Since the graphics of the city were so perfect, flaws really stood out to gamers. For example, some of Manhattan’s greatest attractions such as Madison Square Garden, Grand Central Terminal, and the New York Public Library were actually relocated to a new spot in the game.

Some of these real landmarks were located up to half a mile away from where they actually are. It brought up confusion on Twitter, with some fans wondering why some things were so different than their real life counterpart when most of the game was so detailed and accurate?

Last year, Marvel’s first Spider-Man movie, Spider-man: Homecoming, was released and it made just $117,000,000 during its first three days, which is still a lot. If the new Spider-Man game was a movie, it would have been one of the 10 biggest opening weekends in history, a list that already includes five Marvel movies.

Those numbers are even more staggering when you realise that the game is a PS4 exclusive. Most blockbuster games are released on multiple PlayStation consoles, along with Microsoft and Nintendo consoles and still don’t sell as many copies.

When it comes to acclaim, the game scored 87 out of 100 in Metacritic, an entertainment review website. This is one of the highest scores of any superhero video game, even higher than most of Marvel’s movies.

Starting near the end of October, Insomniac will begin releasing new downloadable content (DLC) for the game, and a sequel is already being teased.