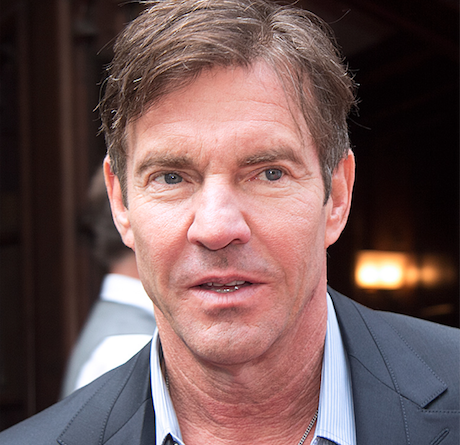 It’s not often that we get a horror or thriller film that leaves you rattled. That’s where The Intruder comes in. It’s marketed as a thriller and it delivers.

The Intruder is about a couple that moves out of the city to buy a lovely house that they have been looking at for a while. But things are not really as they seem with the owner of the house and things turn dark quickly.

One of the best aspects of the entire film is the acting, especially that of Dennis Quaid. He plays Charlie, the original owner of the house and he does a great job at pulling off a captivating performance that’s just as dramatic as it is creepy. I would go as far as to say that Quaid’s performance is one of the three or four best that we have seen so far this year and it wouldn’t be all that surprising if he ends up with an Oscar nomination come January.

As our couple, Scott and Annie begin to settle in, Scott’s friend Mikey begins to notice that there’s something wrong with both Charlie and the house. Quickly Scott and Annie are dragged into a week of terror-fighting for their lives in different ways.

The only issue with the film is that it continued to utilize unrealistic plot devices to move the film forward. For example, while it doesn’t exactly show what Scott’s job is, it’s something corporate, like a senior salesman, an accountant, or something of the sort.

But Mikey, who works with him, is able to do all sorts of “detective” work for him. Scott asks him to look up Charlie’s history and background, and he even finds out that Charlie’s daughter changed her name. If you ask me, a generic salesman or an accountant wouldn’t have access to this kind of info, and probably wouldn’t even know how to acquire it in the first place.

It works for the sake of keeping the film moving, but it’s one of those things that if you think about it too much, you begin to realize that it’s not logical and that half the stuff that happens in the film wouldn’t have happened if it followed any form of logic.

One cool thing about The Intruder is that it is a unique kind of thriller. It starts off like any old horror film but then when the actual scares start happening, they’re done in a way that really keeps you on the edge of your seat.

There’s one scene right in the middle of the film where Charlie and Mikey are talking while walking down to Mikey’s car. For two or three minutes they’re talking and walking. No jump scares, no indication that someone’s going to die or something bad will happen. They’re just casually talking and it seems like all is right.

But all I heard for those few minutes was my heart pounding frantically. The entire scene somehow built up an insane amount of anticipation and dread. It was terrifying. There are a few scenes like that throughout the film, that seems to instantly make your heart do a 180.

Scenes like those have been missing from horrors and thrillers for years. Films that try to be scary now rely on too many jump scares or plot devices that are silly, nonsensical, or just plain dumb. Over the last few years, we’ve had some thrillers turning the tides like Us, A Quiet Place, and Hereditary. Before these films, the last one that was arguably scary was The Stepfather in 2009.

Of course, there are plenty of things wrong with The Intruder. There are lots of scenes that make no sense and plenty of plot holes, but the film really leaves its mark as a thriller and if you like being spooked, this is something that you need to see.

As a plot-driven experience, The Intruder fails hard, but it does have some truly great moments. There are multiple scenes that will actually make your heart stop, and Quaid’s performance is one for the ages. When you weigh those two aspects against the poor ones, it balances out into a pretty great film. Overall, I’d say that the Intruder gets an 80 out of 100.