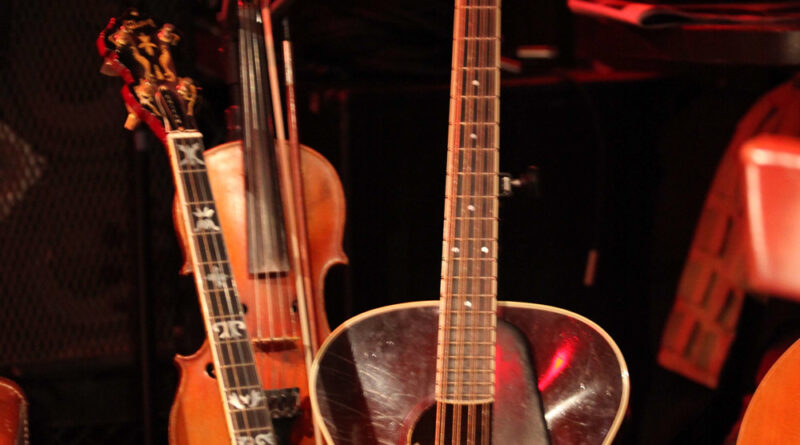 Feb. 9 marked the second installment of the York Community Jam Session for the Spring 2021 semester, led by Music Professor Thomas Zlabinger, providing an inclusive space for York musicians to come together and share their musical talent.

Yet, as time has passed, the Jam Session evolved to have a greater purpose beyond music, with the dialogue and support that the college community seeks to get through the pandemic.

Zlabinger has been running jam sessions at York since 2003 with the community sessions being active since 2017. When COVID-19 hit back in March he was forced to stop the sessions once the campus was closed.

Over the summer he reevaluated the situation and felt a void then thought to himself that the void caused by COVID needed to be filled, thinking about what many others were doing to adapt– creating a Zoom community jam Session. Despite initial skepticism as to whether anyone would show up, to Zlabinger’s surprise, students, alums, and fellow community members shared this mutual feeling and have been showing up since its relaunch in September of 2020.

“The special thing about the community jam session is that it’s eclectic, we play what’s in the room,”  said Zlabinger. “Who is there is what is played, we don’t do songs, we do groves, textures, share rhymes, it’s a real sharing session.”

The sessions are currently held over Zoom every Tuesday from 12-2 pm during club hours. When it was originally held on campus, it was driven primarily by the music and now has adapted to the current times to be more focused on the conversations. Dr. Zlabinger described the current sessions as kind of an improvised radio show but still keeping the spirit of the original sessions.

Whoever shows up directs the conversations and the music making, creating a unique setting for each meeting. All of the sessions are recorded and posted on the York Community Jam Session Facebook page each week.

Those who join are welcome with open arms and are free to share what is on your mind either through dialogue or through music. In this particular session many of the participants expressed their anxiousness to get back in person to play music live.

“There is something about not being down here in this basement studio by myself playing, bouncing the sound off the wall,” said Joe Ferrari, York alum, and retired educator from Astoria. “Knowing that some living people will hear this is an added element that us musicians miss very much.”

Ferrari was the first to perform during the session, playing the blues ballet piece, “Parker’s Mood” by the famous saxophonist Charlie Parker.

At the conclusion of the piece the group went on to touch on how the opportunity to hear and play live music in the city is few and far between. They expressed that this session provides the rare opportunity where they can share their art. For them, it feels like home.

“We sharpen our knives together as musicians, it’s what a cutting session is all about and sharing it.” said Dr. Zlabinger. “There’s something that happens in your brain when you’re with others, there is this synergy that you’re just better together.”

Music is one of those activities that doesn’t require people to be together. Though the group does appreciate Zoom being a substitute for the time. They feel that it still fails to truly emulate the raw human experience of feeling every note and every beat with all their senses. Throughout this session, each musician delves into this issue at length and the many sacrifices that had to be made throughout the pandemic.

“Music is going to come back, but not all musicians are going to come back. Some have died, some have lost their homes, [and some] had to sell their instruments,” said Timothy Kirk, an Associate Professor of Philosophy at York. “A lot of musicians were one gig away from losing their apartment and now they’ve lost it. So there has been some loss for sure.”

For them having the space to have this conversation is one of the many benefits the community jam sessions provides. They see it as a privilege and an opportunity to reflect on how far they have come.

“It comes down to ability, finances, privilege, all these things. Do you have the time and ability to sit with yourself in your house in the zone for a while and make music,” said Jarrod Ratcliffe, 34, Practitioner in Residence from New Haven, Connecticut. “Many people don’t right now and those who have the time are feeling this sort of depression. They’re feeling the dark sides of being in a pandemic.”

Across the board there was a mutual agreement that without live music there is a piece of humanity missing. Music can be played anywhere but as Zlabinger puts it “The audience is what completes the process.”

“The impulse to music is as old as humanity; it’s nothing new and it’s one of the non-essential activities with eating, procreation, and shelter that makes life livable,” said Dr. Zlabinger. “I think music, art, and their extensions, as Nietzsche’s said makes sense.”