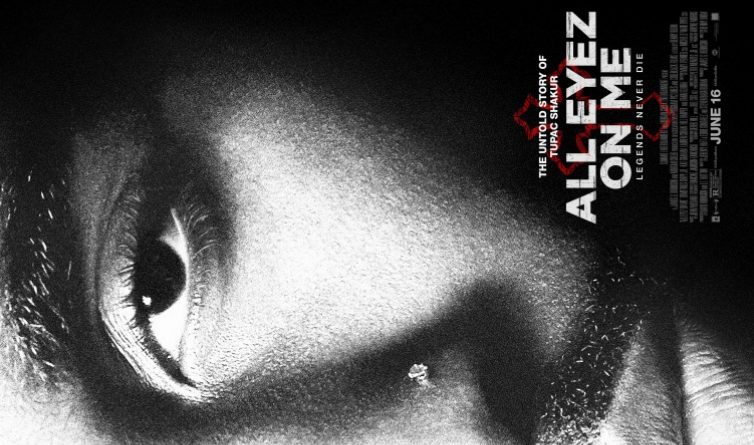 Fans have been anticipating the long awaited biopic of Tupac Shakur. It finally has a release date, June 16, on what would have been his 46th birthday.

The All Eyez on Me biopic is named in honor of Shakur’s highly successful fourth studio album. The album went on to become one of the highest-selling rap albums of all time. In July 2014, All Eyez on Me went certified 10x platinum. It was Shakur’s last album before his death on September 13, 1996.

The film is set to show the rapper’s life and legacy, his rise to stardom as a hip hop artist, his imprisonment, and his relationship with his mother. It will also touch on his time at Death Row Records, and the whole East Coast / West Coast rap war.

With Tupac’s passing almost 20 years ago, this generation only knows his songs but doesn’t know his true story and the legacy that he left behind.

York College student Khalil Canty said the biopic should have come out a long time ago.

“I feel the Tupac documentary should’ve came out a little earlier because of the mind state of today’s youth,” said Canty. “At the same time it’s a great time for this documentary, to show the youth why being a thug or having that gangsta mentality isn’t worth it.”  Tupac was known also as a poet when rapping and always giving hope to people listening to his music.

Many fans are very excited about this movie and have been waiting a long time for this movie to happen.

Journalism Major Ashleigh Brown is one of them. “I like the idea of a Tupac biopic,” said Brown. “But I’ve seen biopics that totally don’t represent the artist fully. I hope it shows his accomplishments and what he’s done for the hip hop community to its entirety.”

As anticipation builds for the up and coming Tupac film, a new trailer was released which highlights some of the turmoil that the artist faced during his short life.

Fans hope that this movie lives up to what they are expecting to see. Honoring the late great Tupac Shakur and everything that he stood for and what his music still stands for.

The movie had a lot of input from his late mother, Afeni Shakur, until she passed away last May.

“Tupac wasn’t just a rapper his story needs to be told,” said Donavan Martin, a huge Tupac Shakur fan. Make sure you head to theaters on June 16, 2017.