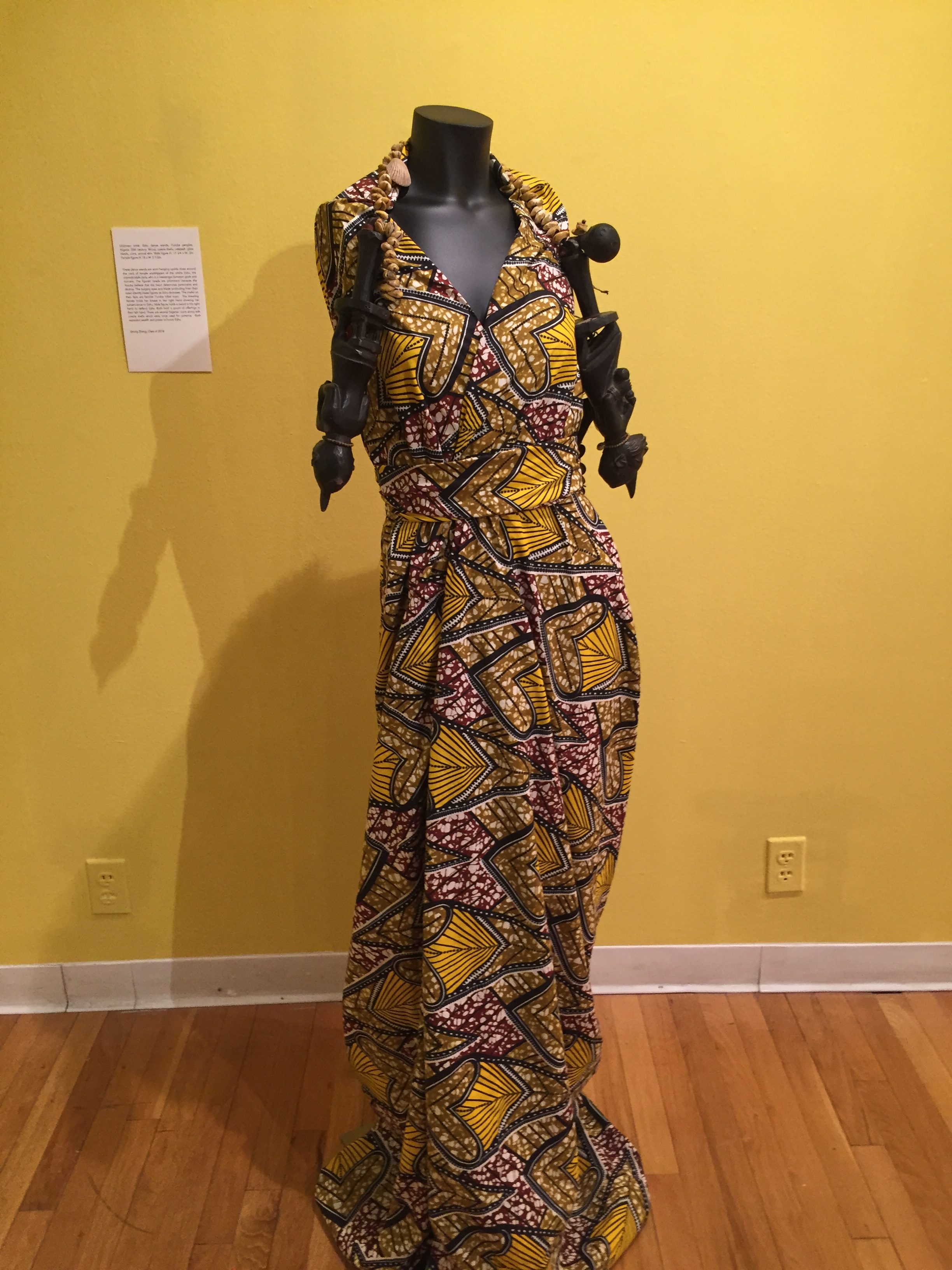 Victor E. Richards was born in 1941 in the Bronx, New York City. He was raised between St. Thomas, U.S. Virgin Islands and the South Bronx, where the dominant Puerto Rican population fostered his interest in Afro-Latino culture and opened the door to his knowledge of Yoruba mythology and the Orisha pantheon.

Richards bought his first work of African-art while an Art History major (Class of 1979) here at York College. He continued his studies in art history at New York University where he earned his Masters of Arts.

As a way to remain connected to the arts and its history, Richards gradually amassed a collection of African act numbering over 75 works. The majority of his collection has been gifted to York College. Gods Ancestors Oracles represents a portion of this generous gift.

“There is a great sense of arts history that can be seen in the hats and neck braces,” said Damiala Jones, a Music Major at York College. “Culturally I wonder how everyone looks at us.”

Richards contacted York three years ago as he was putting together his will.  He asked if there was interest in accepting a gift of his African art collection.

“He asked if there was interest in accepting a gift of his African art collection,” said Margaret Vendryes, Director of Fine Arts Gallery and an associate professor at York. “I visited with Mr. Richards several times since then and suggested that he allow The Fine Arts Gallery to exhibit a portion of his collection to bring attention to African art and his generosity.”

Majority of the collection is made up of wood and metal.  One piece that drew students in was the Equestrian figures of the Bamana people. The figure is of a paired male and female statues that is said to represent heroic ancestors, the founders of Jo or Gwan organizations concerned with the health of their community by protecting the women.

“It’s an amazing flashback to the motherland” said Nate Woart, a Business major at York College.

Nicholas Fraser, the Fine Arts College Lab Technician, and Vendryes were responsible for The Gallery upkeep and display.  They went to Mr. Richards home in Jamaica where they packed, transported, unpacked, and photographed each piece before being placed on temporary display in the African American Resource Center where Vendryes teaches her African art class.

“It was important that there be information about each work of art for Gallery visitors to come away with something more than a visual experience,” said Vendryes. “That was work that my students took on with enthusiasm.  The choice to place some of the works in the show, the Ife divination trays (one appears on the poster) on a ground-level pedestal and the Eshu figures hanging upside down on a mannequin, as they would be encountered when in use in Africa was mine as curator for this exhibition.”

Vendryes went on to say that she strives to make encounters within art as engaging and educational as possible.

The figures are made of wood and are carved to appear like the roles of men and women in Bamana society. The male is a warrior or hunter figure controlling a horse as the female steadies herself on the male’s waist.

“The collection is a unique perspective into a tribal culture” said Leon Naraine, a Music major at York College.

The gallery showcased the Collection on March 17th and is open to students until April 21st.

“It’s an amazing flashback to the motherland” said Nate Woart, a Business major at York College.