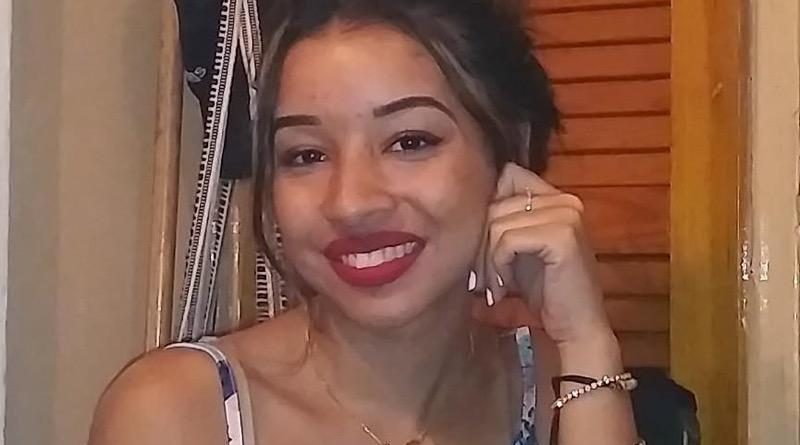 Paloma Santana is a York junior who has had her work featured in places that range from the college’s Fine Arts Gallery to the Metropolitan Museum of Art.

Although the 22-year-old is majoring in psychology with a minor in education, she says art is just something she does as a hobby.

“Art has always been an interest to me ever since I was little, growing up and up until now,” says Santana.

Santana said she has been involved in art even more, after taking two art courses at York in the last school year. During one of these courses, a sculpture class, she was able to get one of her pieces that resembles a house, into the Fine Arts Gallery for the Spring 2019 semester.

“The house piece represents my family, how I identify with my nationality, the history of my country and what I grew up with,” says Santana, who was born in the United States, but is of Dominican descent.

More recently, Santana has focused on paintings and drawings, creating her own artistic flow.

Although she composes art through her own ideas, she is still inspired by other artists that influenced her artistic style.

Artists Frida Kahlo and David Rivera, were two of those she looks up to.

“Frida Kahlo was inspired by her own self and she was proud of who she was,” says Santana.

“She didn’t care about what people thought about her looks or her sexual orientation, and that’s part of what inspired me.”

An art piece of Santana’s describing a woman displaying “afro beauty,” is an example of one of her Frida-inspired works. Sanatana says she used a variety of colors in this piece, incorporating them to make the skin color shown in the piece.

“It shows afro beauty in ways that I haven’t really seen before in other paintings pictures, regarding beautiful hair, tight curls and beautiful skin color.”

“El Trabajador,” which translates to “The Worker” in Spanish, is a drawing Santana created of a man portrayed with a newspaper-style description next to the image. “El Trabajador” is the piece  that was put on display at the MoMA. Inspiration of ‘El Trabajador” comes from trips that Santana took to the Dominican Republic, witnessing the working conditions there.

“They don’t have a lot of ethics when it comes to the way they treat their workers, how many hours they work or the conditions that they function in,” she commented

“It talks about how he has to work everyday, how many hours he works and what the work is like,” says Sanatana. “It’s basically about how difficult work is for him, and in that sense it is political.”

Santana says she doesn’t know where exactly her art will take her moving forward, but she does have hopes for further opportunities.

“I could enter a contest or even open up a gallery sometime in the future,” Santana says.