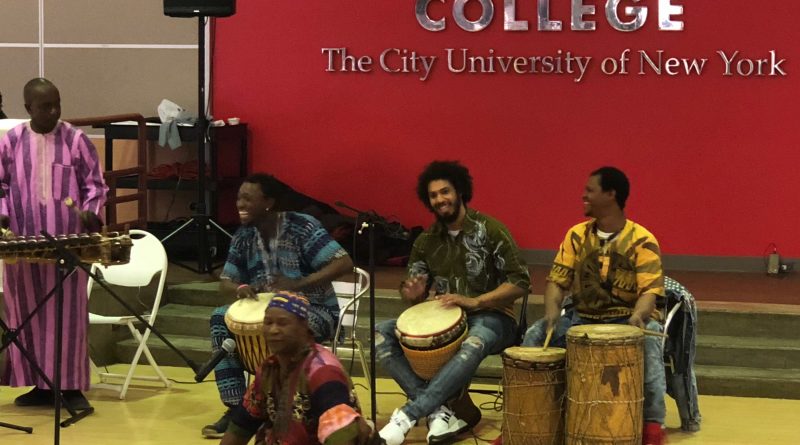 You are as able as your mindset…

The Helping Hands Club of York College invited the Sidiki Conde and Tokounou, a West African performing group, for the celebration of Disability Awareness month in April. The group is led by Sidiki Conde who was rendered unable to walk by polio.

Conde was born in Guinea where he was diagnosed with polio at an early age. By the age of 13, he was disabled and at some point lost control of his neck and head. Conde was stigmatized by his community because of his disability. He dropped out of school to hide from the public and moved to his grandfather’s village deep in the forest.

However, his disability doesn’t diminish the value of Conde’s artistic prowess.

Conde said a dream of himself dancing motivated him to be bolder and to quit feeling sorry for his condition. He took up the art of music performance. His dance skills kicked off in a coming of age ceremony back in Guinea where participants had to dance to prove their readiness into adulthood. He matches dance steps with his hands instead of legs without downplaying the sequence.

“They saw it as a thing of shame in my community,” Conde said. “My dance opened the doors of this country to me.”

Now 65, Sidiki has been performing overall for 45 years with 21 years performing in the United States. He performs at various functions at hospitals, festivals and schools.

Keila Ottero, the president of the Helping Hands club said Sidiki was invited to motivate handicapped people. He was also invited to show them the heights they can reach and that disabilities doesn’t impair creativity.