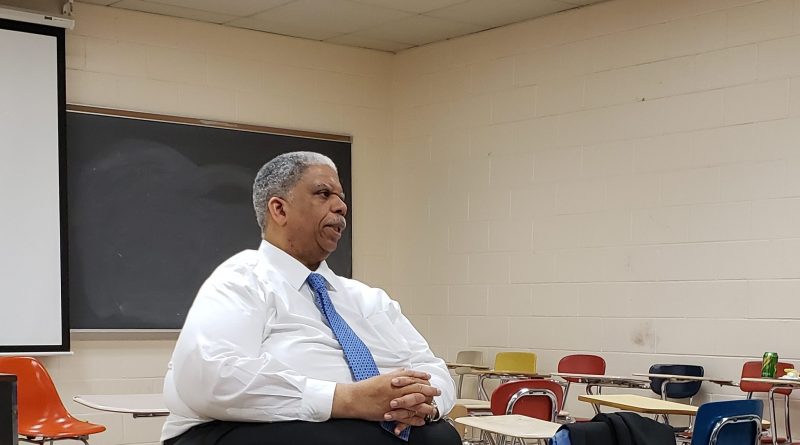 The state legislature and Governor Andrew Cuomo passed a $175 billion New York State budget on March 31 which included approval for $7.6 billion in funding for higher education, an increase of nearly $143 million from last year’s budget.

The budget includes an increase to the Excelsior Scholarship Income Eligibility Threshold, raising it to $125,000 from the $110,000 allocated last year.  According to the FY 2020 Executive Budget Briefing book this increase will allow for approximately 55 percent of all full time students to be able to attend CUNY or SUNY for free.

The budget includes $119 million set aside for free tuition for an estimated 30,000 students, as well as $2.5 million for CUNY’s Accelerated Study in Associate Program which aims to help low-income students attain Associate’s degrees.

Perhaps one of the more progressive acts passed was the Jose Peralta New York State Dream Act which provides undocumented children enrolled as students in the state an opportunity to attend college by allowing them to apply for financial aid.

The act was passed as part of NYS response to the federal government’s failure to pass a federal Dream Act, which has been stalled in Congress for more than 16 years. That act would have allowed for anyone who entered the U.S at a young age apply to become a permanent resident if they had either graduated from high school, were attending college or serving in the military.

“So the New York State Dream Act Bill is basically for young people who have gone through the New York  state public schools but don’t qualify for financial aid so they can’t get students loans and things like that to help them go to college,” said Midori Hills the York College Immigration Center attorney. “So New York state can’t say you’re a permanent resident but they can say that regardless of what your immigration status is, if you qualify under these rules then you may be able to get some kind of help to pay for college at least. The main thrust of it is that undocumented students can get financial aid.”

The budget also passed a plan to help combat student loan debt. According to the Executive Budget Briefing book in NY there are approximately 2.8 million student loan borrowers.

“Those 2.8 million borrowers have tens of billions of dollars in outstanding student loan debt, which is serviced by about 30 student loan servicers,” the briefing book continues. “These servicers, however, are neither licensed nor regulated in New York, even though the student loan servicer industry has repeatedly been cause for serious consumer protection concerns.”

The budget calls for more protections for student loan borrowers by requiring student loan companies to have a state license and meet certain standards and regulations. According to the briefing book this “will also ensure that no student loan servicers can mislead a borrower or engage in any predatory act or practice, misapply payments, provide credit reporting agencies with inaccurate information, or any other practices that may harm the borrower.”

The budget also included the Family Empowerment Community College Program. This program will work to provide support for 400 single parents per year attending a SUNY or CUNY. The program will provide on-campus childcare, personalized advisement, educational supports, career counseling and assistance in transitioning to a 4-year school.

While the budget may have had some positive implications for CUNY students and faculty, many faculty unions, like the Professional Staff Congress (PSC) CUNY, remain dissatisfied with the levels of state funding for public education.

For instance, while funding for the Federal Pell Grant program and the Tuition Assistance Program (TAP) was continued, the budget failed to close the TAP gap, which is the difference between TAP funding for students versus the actual tuition costs.

“TAP and Pell funding was continued,” said Senator Leroy Comrie a senator form the 14th Senate District. “We weren’t able to close the TAP gap, it was just too much money and unfortunately the state wound up not having a surplus this year. We were actually projected to have almost a billion dollars short in revenue so it made it very difficult to make up those gaps.”

In an interview with The Chief , PSC President Barbara Bowen said that the money allocated to CUNY is still not enough to keep up with increased student enrollment.

“While the budget agreement includes some important advances, especially on community college base aid, it makes little progress on addressing the fundamental problem of diminishing public funds for CUNY,” said Bowen.

She also pointed out that the budget did not address or provide enough money to address the salaries that adjuncts are paid. Bowen said that increased funding would have made sure that adjuncts were receiving a fair wage and ensure that students were faced with “shortages of courses, resources, and time with faculty.”

“Another failure that we were not able to do was to increase the pay for adjuncts, which is an important issue that we need to try to address but we just didn’t have the money,” said Comrie. “It’s crazy in a budget were it is $170 billion that we don’t have enough money but you know we wound up not having enough money. Between the TAP gap and the adjunct adjustments it would have been $500 million that we just didn’t have. ”

While York officials have projected a $2.9 million dollar budget deficit for the 2019 fiscal year, it remains unclear how CUNY will allocate funding from the recently passed budget. Traditionally the allocations are decided upon during the summer.