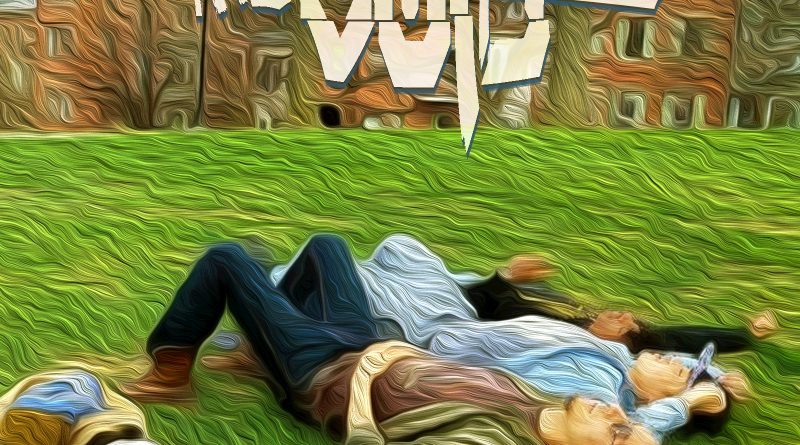 Cover of The Vo!d’s album Euphoria. Photo credit: The Vo!d.

Euphoria, the debut album of York College student band The Vo!d, was released on Youtube and various streaming sites on June 25.

Comprised of six songs the album took the band nearly a year to complete and produce a product that the band was ultimately proud of and ready to release. Describing the release of their long awaited album as “euphoric” Mark Arias, singer/guitarist for the Vo!d, said that they were happy to finally release their music for others to hear.

“I was feeling very, I guess you could go with the word, very euphoric, and very accomplished it was a milestone within my goal and my path as a musician and an artist,” said Arias. “It’s very pleasing to know that your music is out there for people to hear. I don’t have to tell people ‘oh come to my show’.. You can listen to it on your phone now, go ahead you can stream it anyway you want.”

Each of the six songs covers a different musical genre from the reggae influenced Waiting Upon A Miracle And the alternative rock influenced song From What I Remember. Arias explained that they were hesitant to categorize themselves as one genre since they like to explore with creating different genres of music.

“We have an influence of everything, there’s a reggae song, there’s a ballad, we have heavier songs and we have punk rock songs,” said Arias. It has little bit of everything and it shows you that we don’t like too just be in one type of genre we like to spread out and find our other music interest and influences. I listen to honestly everything so why just stick to one thing… we have an open mind about everything.”

When asked why they decided to call their debut album Euphoria Arias was quick to respond that the band had come up with various names for the album but settled on Euphoria because they thought it best fit how they felt as they were creating the album.

“Everytime we would be in the studio it would always be very chill. Our stress, everything that would weigh us down and the reality of life would just escape through our music… It was all about having fun and making music so it was always euphoric”

Choosing the six songs that would make it into the album was also a process for the band. As a band they have a total of 14 songs but they knew that producing all 14 songs would take longer than a year. So they settled for the six songs that they felt best fit the sound they were going for in their first album.

While recording at Level Up Studios, they were constantly changing the lyrics and sound as they tried to perfect their songs until they got a product that they were happy to release.

“I would write the lyrics and with time I would change it up a bit. I was constantly changing the song and coming up with an idea then coming up with another idea and then go to the studio and changing it up again,” said Arias. “I would always want to add to it. It’s good that it took a year because the songs have changed a lot from when we first started playing them. So it was good that we took a while, it actually sounds like what we wanted it to sound.”

The songs also all have some sort of meaning or message behind them.

Don’t judge for example is about not judging anybody for who they are. The lyrics call for everyone to be treated the same regardless of how they look or their gender identity.

Their song Unite on the other hand encourages people to join together to make a change and talks about going against the “higher powers” and uniting and coming together as one.

“The 99% of us should be coming together and fighting the 1% the higher ups,” said Arias. “We should retaliate against it and we should have a better leadership then we have now, because right now we are in a state where everybody is like ‘oh, screw this and screw that’ but it’s like no we should come together and figure this out together.”

Waiting Upon A Miracle also talks about making sure you stand up for what you believe in and taking initiative. The lyrics explain that if you want to see change whether it be a change in society or a change in your own life then you’ll have to get up and start the movement and not just sit around and wait for a miracle.

Though the band is currently not together Arias says that The Vo!d is still going continue and he is now looking for new members to join the band and continue on making music.

“I’m honestly getting new members to come in and start over with basically the same concept but basically with new members,” said Arias. “I’m still writing music I have ideas right now. I want to get new members and go into the studio and making it a different type of vibe but the same type of influences.”

Arias also said that he is also working on a music video for their song Disintegrate and he has plans to release a new song before the end of this year.

“There’s actually a song that’s about to come out soon,” said Arias. “I just need to go to the studio and like set the vocals down and it’s basically done. Its a single, it’s almost like a ballad and it’s very chill.”