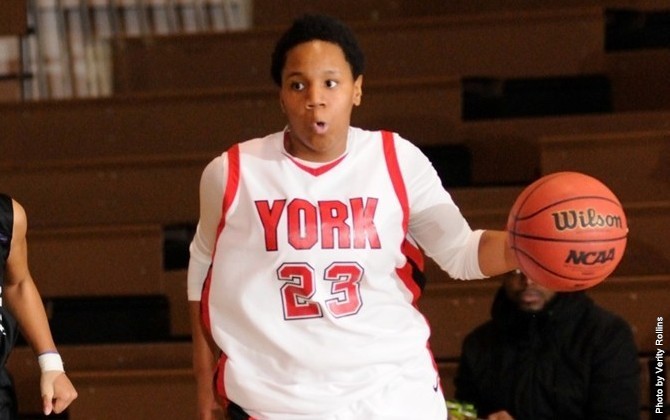 As the start of the season for the women’s basketball team begins, they are searching for success within the past 3 years on improving team chemistry and execution.

Success has been difficult for the women’s basketball team over the years. The lady cardinals are coming off of a 3-23 record last season. This year the team’s expectations are higher and want to improve upon their abysmal season last year. The women’s basketball team were one of the worst teams in the CUNY Athletic Conference and this year they want to change their identity as being one of the better teams.

Assistant Coach Ronald James for the women’s team is entering his fourth season. He gave his take on the team’s approach this year.

“We have high expectations for this year than any other year,” said James.

He added with the addition of new players in the backcourt, it should help the offense thrive more fluently.

“We brought in someone at the point, and with the progress of our guards from last year, we should really improve,” said James.

In regards of speaking of “better” the 2014-15 season is already in play. The past road trip for the women was very bad with their season starting off 0-2. In their Mary Washington Tournament in Fredricksburg, V.A. the women’s team loss their season opener at the University of Mary Washington 40-88 on Nov 15th. Both the 1st and 2nd half were lopsided to begin with where Mary Washington poured on a clinic with 46-14 in the first and then were outscored by 42-26 in the 2nd half.

The second game of the season in the tournament wasn’t any better as they fell to Virginia Wesleyan College 39-77 in another blowout game on Nov. 16th. It was a game in the 1st half against Virginia Wesleyan and kept it close for the first 10 mins, but the Marlins changed that after 19-12 to close the half 37-25 according to yorkathletics.com.

The Marlins carried their hot offense into the 2nd half going on a 21-4 run, gashing on a 29-point lead and giving the lady cardinals no chance to come back finishing the game 77-39, in a blowout by 38 points. Junior Angelika Ruggiano for York lead her team with 14 points, Sophomore Shauncia McClendon added eight points and seven rebounds.

While the team dropped two games in lackluster performances, they have about two and a half months to shape things up with a chunk of games ahead of them. The sad reality is that they have 10 difficult games in their schedule against five teams in the CUNY Athletic Conference that have above .500 records going back to the 2013-14 season.

Those teams are Lehman, Brooklyn, Baruch, Hunter, and Staten Island. So far the lady cardinals haven’t beaten any of those teams yet, in fact the only wins from them women’s team came from Medgar Evers twice, a team that was last in the conference and Vaughn College.

“It’s still too early in the season and right now it’s a process, chemistry will sooner rather than later come along as we work together,” said McClendon.

The lady cardinals will have their homecoming game on Dec 1 against The College of Mount Vincent.