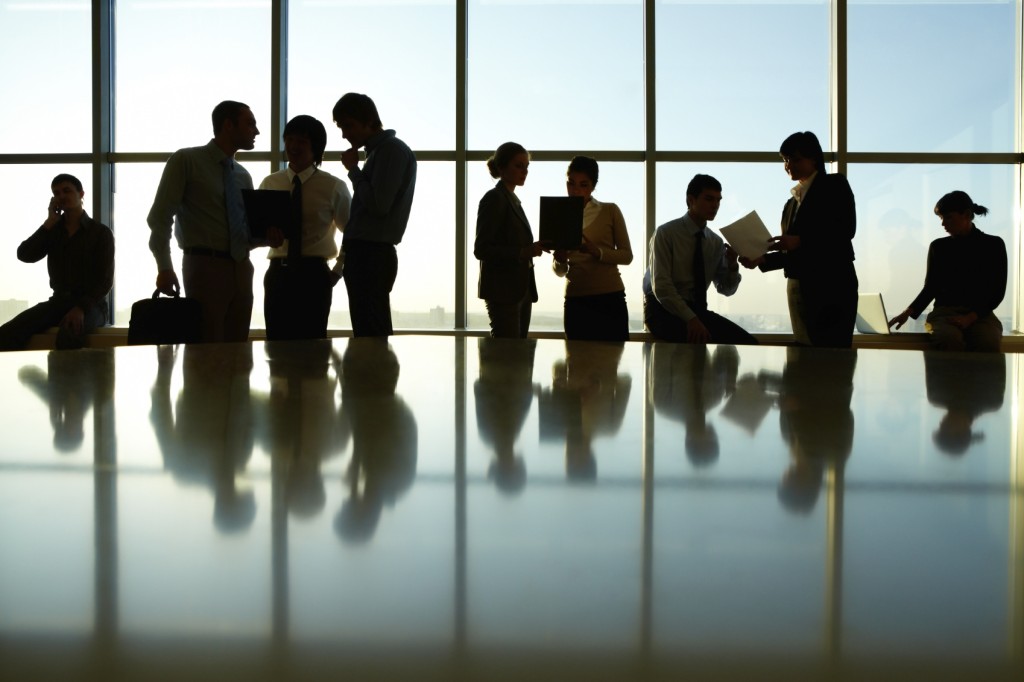 Inside the Washington Hilton’s Columbia Hall, moments before competing for jobs and internships with the nation’s top students, York senior Malika Jones received a final form of encouragement in the form of a one inch brass lapel pin. For the community health education major, the pin represented a redefined sense of comradery and emblematic transitioning over one year in the making.

“It shows how interdependent we are, and how to utilize our network, work as a team and make progress collectively, Jones said. “We came in as neophytes and graduated into these well groomed leaders.”

Accompanied by Career Services director Linda Chesney, York students were among an estimated 470 students who received insight into the explicit and implicit rules of engagement in corporate settings, and tips on building professional careers. 2014 marks the second consecutive year the Leadership Institute was held in Washington, D.C after 12 years in New York City.

“These individuals have an opportunity to really understand how to conduct themselves in a professional manner in any environment that they go into,” said Scott Lilly, head of Talent Acquisition and Campus Relations at TMCF. “We cannot afford for these students to have their first lessons learned on the job because at that point, it’s too late.”

The Institute concluded with its 26th annual black tie gala and fundraiser. Hosted by Queens native LL Cool J, TMCF broke its own record as the most successful fundraiser held in the history of Washington D.C. The 2014 gala rose over $4 million, while presenting partner Wells Fargo donated an additional $3.3 million.

“Mr. Punter asked me what I was really interested in and what I wanted to do with math and youth studies,” said conference attendee Bianca Fung A Loi. “I told him I wanted to serve in high need schools and he told me he had the perfect opportunity for me.”

That opportunity was the TMCF Teacher Quality and Retention Program, which places teachers in serve underserved communities to help expose students to STEM fields. After completing a week long summer institute at Texas Southern University in June, TMCF awarded her with an automatic invitation to the leadership Institute.

​Labossiere informed Sayeed Shishir, a junior majoring in psychology, of a scholarship through Thurgood Marshall partner Miller Coors. An invitation to interview for the Leadership Institute accompanied the scholarship, and Shishir received news of his acceptance from Punter in late September.

“He actually pushed me to apply for the scholarship,” Shishir said of Labossiere’s efforts. He thought I had the grades, the experiences, the volunteer work, and I would be a good candidate.”

Labossiere informed Jones of the 2013 Leadership Institute. Jones, however, lacked credits taken at York to qualify after transferring from City College before the fall 2013 semester.

“The following year, I worked on some of the things they asked for,” Jones said. “What my leadership skills were, being involved in clubs and other activities, so I was an all around stronger applicant”

Jones made commitments to YCRadio, Pandora’s Box, while presiding over York’s Eta Sigma Gamma chapter. TMCF rewarded her efforts and named her the official Student Ambassador after her 2014 interview in September.

“To me, it’s a win-win situation.” Punter said.  “It shows that the program is well advertised, students are very knowledgeable about different aspects on Thurgood Marshall, and more students get to network and develop their skills.”

York placed in the top seven of all member schools in interviewing and quality of completed applications in 2013, according to statistics provided to Chesney and Jones.

“It shows that our students are performing well,” Jones said. “So if we can invest more time, more effort into strengthening their skills, we can be even better.”

Jones expanded on Labossiere’s efforts, enlisting professors and departments to assist in personal recruiting. A list of potential candidates for 2015 will be submitted to TMCF at semester’s end.

“If we had a mandatory course, 13 weeks with freshman, they would be so much more prepared for the college experience,” Punter said on furthering student development. Our graduation rate would change and students wouldn’t switch majors as much. I’m convinced.”