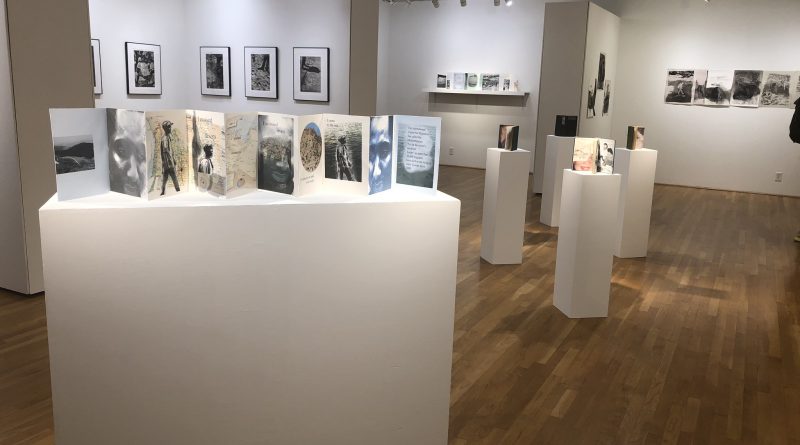 The Art for the Body Politic, a metaphor for the country as a tangible being. featured in the College’s art gallery. Photo Credit: Asar John

Aileen Bassis appeared at the York’s Fine Arts gallery on Sept. 26 for a reception and talk about her collective work titled the Art for the Body Politic.

According to Bassis, the title of her work is a metaphor for the country as a tangible being. She hopes that through her art, people will start to think about the “body politic” that our nation exists as.

“I want people to have empathy for people who are making difficult choices all over the world,” Bassis said in an interview.

Bassis said that she was able to curate the exhibit through a grant provided by the Queens Council of Arts. Part of the grant required the work to be shown in Queens.

Once one of her pieces received funding, Bassis contacted different venues in the borough and eventually York offered her a solo exhibition.

“For that, I needed to add some more work,” she said. “Margaret Vendryes and I talked about it and I added other groups of work that I thought worked well together.”

One of those works, Time to Leave, was the one that secured Bassis with the exhibit at York. This piece is a series of photo etchings that illustrate the hardships immigrants are trying to escape.

“I like how the words portray sadness and how the black and white theme shows some type of sorrow,” said Anna Lee Jackson, a Teacher Education major who visited the exhibit.

Bassis discusses another piece which are two handmade accordion books that document migrant struggles, in which some of them serve a purpose beyond being pieces of art.

“Some of them live on as teaching tools,” said Bassis. “A lot of times when I meet with the special collections curators, they say, ‘this is something we can use to spark a discussion with our students. It addresses issues that we’re talking about in class.’”

Questions for America is another work of Aileen Bassis which details pictures of Midtown Manhattan and other parts of New York, appearing with different questions on each image.

Bassis’s inspiration for these 12 prints came from the questions she pondered about the United States after the 2016 election. Bassis said she delved deeper into poetry in the last two years and wants to inform the use of language in her work.

“I really felt like I didn’t understand this country anymore,” she added. “I was born here, lived here all my life, but all of a sudden it was like, what happened?”  The Art of the Body Politic exhibit will be open until Oct. 4.