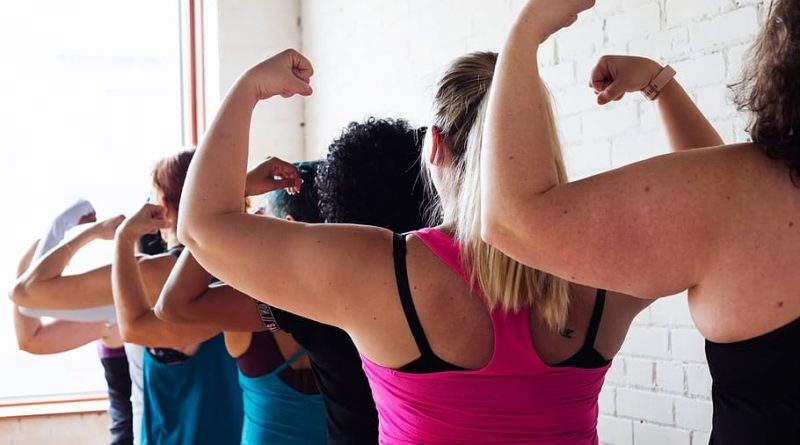 Experts say body image is the mental representation that you envision yourself regardless of what you look like. The way the mind perceives things reflects on the way that a person might behave.

“Core ideas of the body positivity movement date back to the late 1800s when the Victorian dress reform movement emerged,” said Scott Smith, a clinical psychologist at York College. “ This movement aimed to put an end to corsets and tightlacing, which women succumbed, conforming to the societal standard of a tiny waistline. The movement emphasized acceptance of all body types, regardless of waist measurement.”

“Instead of emphasizing the need to love how you look, concepts such as body neutrality, fat acceptance and body respect are allowing women and men to make peace with their bodies,” Smith added.

Kavel Bernard, a senior business major at Queens College described herself as “not your typical girl.” She is a six-foot tall dark skinned girl who wears a size 3X in clothing and a size 13 in shoes. Bernard says the mental picture she painted of herself since she was younger has affected the way she sees herself as a young adult.

“The world sees you as being different and tells you to do something about it, but what can you do when you are made this way,” Bernard said.

These things made her question ways to change herself.

“Before, I would have written a long list of things to change about myself but, today there are probably only two things I would change.” Benard said.

She also said that changing herself was not the answer but was rather changing the way she views herself.

“Start your day with an affirmation, remind yourself of the positive things and say what you like about yourself in front of the mirror,” Benard said.

When body positivity comes to mind the world often times uses the perspective of women and the male perspective is usually left out. It can be assumed that women in society are under greater pressure to aspire toward an ideal body more than males.

“Believe it or not, a lot of people have a negative body image, even those that you may look at and think ‘Wow their body is amazing’,” said Lawrence Mason, a personal trainer.

York College senior Danik Banaby who is a psychology major, an upcoming model and actress said she had always felt uncomfortable in her own body. She describes herself as a “stick figure” who stands 5-feet, 9-inches tall and weighs 125 pounds. Banaby describes self-love as knowing when to give oneself a break but disciplining oneself to know that one cannot be on a permanent break.

“I think a lot of us confuse spoiling ourselves with self-love, but when we spoil ourselves, we develop bad habits.” said Banaby. “If my body could talk it would tell me to go to the gym. I sometimes hate that our bodies are constantly changing.”

Although she has gained weight, Banaby remains on her journey to sculpt her mind and body to create a positive image of herself for herself and for her career as a model and actress depends on it.

Society and social media plays a huge role in the way people feel about their bodies by glorifying certain bodies as perfect.

“By the media showing more content of natural and unaltered bodies, people would feel more comfortable knowing that they’re more people like them out there that’s not perfect as they make it seem,” said Mason.

Mason added that the advice he would give to his younger self is to get a head start into his fitness journey and work on his self-image.

“I got into fitness because I used to be bullied a lot when I was growing up because I was always smaller and weaker than everyone around me, so after I realized that I have no control over my height, I focused on being stronger,” Lawrence said.

Although he got stronger and a lot happier with his body appearance, Lawrence said he realized that happiness does not come from how you look, but from how you feel.

“I think it is unrealistic to believe that one day humans will evolve to a point where we are able to just ignore media portrayals of beauty and ignore other people’s opinions of us,” said Smith, the clinical psychologist. “We would probably need a social movement to make a dent. Something maybe akin to the #MeToo or the #TimesUp movements but for body image awareness.”

Growing up as a male in the 1980s and 90s, Smith said he did not feel the impact of obtaining a certain body image from social media or from society.

“Time and place has a lot to do with body image.” Smith said. “A good way to demonstrate this is with a thought experiment. Imagine if you, at a young age, were transported to a deserted island to live out your days. Somehow, in this experiment, all food, water and shelter were provided but no one was on the island but you. In this scenario, you would most likely not develop any body images at all since you would be unaware of how others view and judge your body.”

Smith implied that you would be unaware of what an “ideal” body looks like. You would probably just happily frolic around the island naked, without a care in the world about how you looked.

“So, yes, other people’s judgements of your body matter,” Smith said. “And a big part of how other people’s judgements are formed is through the consumption of media, including social media. Humans are fascinated by other human’s bodies. And it could be said, we’re fascinated or at least preoccupied with our own bodies because our bodies are experienced as objects of desire by others.

“You are no less valuable at a size 16 than you are at a size 4, maybe if the shoe was on the other foot people would pay attention,” said Benard, the business major student at York.