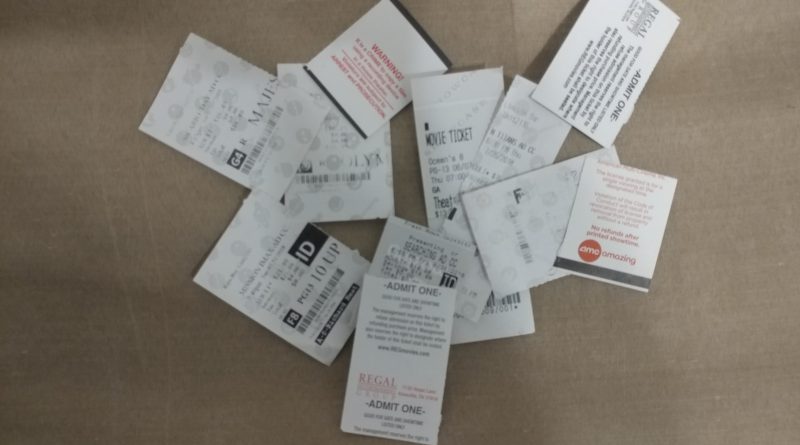 The summer is the best time of the year to go out and watch movies. You get a different blockbuster every week and whether you are taking summer classes or not, you’re free to go and watch whatever you want. That’s exactly how I spent my summer as the resident moviegoer extraordinaire. During the first week of September, I went and saw Peppermint which was the 100th movie I saw in theaters in 2018.

A good chunk of those movies were during the summer and it’s my job to tell you how good some of them were. Here is what I think were the 10 best movies released during the summer. You might not agree with some of them, but I took into account everything from story, emotion, and action, to acting, visual feel, and even the landscapes.

I’m a huge fan of the Mission: Impossible series. I have watched all of them, but this one takes the cake. The one thing most interesting about the movie is that Tom Cruise again performed all the stunts. He jumped out of a plane at 25,000 feet, he learned how to fly a helicopter, and he even broke his ankle running across rooftops and continued filming five months after.

He leaves nothing to stuntmen and this makes his movies feel real, because we’re actually watching someone fall to the Paris skyline instead of just Computer-Generated Imagery and a green screen. As for acting, everybody was brilliant and super emotional. Cruise and Henry Cavill nailed all of their lines and looked amazing no matter how beat up their characters were, and every other character was stellar, from main cast to one-line characters.

If you’re a fan of the movies, the director did a great job tying in events that took place in the previous movies, even back to the first which came out in 1996. If you were able to see this in IMAX, your heart probably would have stopped a couple of times from the intensity and if you haven’t seen it yet, this is one movie you really don’t want to miss out. It’s a one of a kind movie, on every level.

#2 Sicario: Day of the Soldado

Sicario: Day of the Soldado isn’t a movie to take lightly and is full of intense and possibly disturbing moments. In a nutshell the movie is about American soldiers wanting to start a war between Mexican cartels. They kidnap the daughter of one of the heads and make it look like an opposing cartel is the culprit.

This whole time, they are acting as if they rescued the girl from the cartel and wanted to bring her back to her father. This creates an insane dynamic between governments and allows for very in-depth emotional scenes between characters, especially between the girl and the character played by Benicio del Toro.

In all seriousness, the acting by del Toro alone should be enough to earn this movie a best picture nomination. The movie balances super bloody violence and traumatic scenes with heart-warming moments and is truly brilliant, especially to someone who might have liked the first Sicario movie. The movie has made $73 million worldwide.

If you want to see a movie that goes overboard when it comes to drama and traumatic experiences, this one’s for you. The movie is about a group of students who discover their school library holds one of the most valuable books in existence. So they decide to steal it. The only problem is they have no plan. They use the worst of disguises and they leave behind clues of who they are at every possible moment.

Does the idea of a heist going so wrong make you cringe? Well it turns out this actually happened. The movie is as much of a documentary as it is a thriller. Throughout the movie, the actual people who performed the crime years ago show up on screen and talk about the events leading up to the heist.

So it’s really a brilliant combination of acting and commentary, but that’s not the only thing that made the movie great. It starts off funny but once you get to the actual heist, it does a complete 180 and turns into a hyper-disturbing thriller that makes you wonder why someone would do this.

It definitely wouldn’t be a movie for those with light stomachs, but it’s a really riveting movie with superb acting and directing. American Animals only played in a handful of theaters only in the US, and made a little over $2 million.

To some, Searching can be seen as a revolutionary movie. The film is about a father who learns that his high school daughter went missing and spends days trying to track her down using his own investigative skills along with the police.

Most of the movie is filmed on standard phone and laptop screens. The entire movie is seen through the father’s computer or phone, whether its showing the websites he’s visiting, videos he’s watching, or just a video of him talking through the use of a hidden camera or FaceTime.

Most of the movie is very dramatic and intense. It keeps building up the tension with each passing moment as you realize what happened to his daughter as evidence comes in, or as plot twists unwind. You should definitely see the movie in theaters. Searching came out during the final week of August and at this point has made roughly $20 million worldwide.

People who saw the original Teen Titans television show will spend the rest of their lives hating on Teen Titans Go!. But, the reception of the show should have no impact on the movie, because it was much better than some could have expected.

The movie is about Robin wanting to get his own movie but he finds out that nobody wants to see a movie about him. He’s told that he would get a movie only if there were no other superheroes in the world. This gives Robin an idea and he spends a good chunk of the movie travelling back in time trying to undo all superhero origins in super hilarious ways.

You see everything from a baby Superman dancing to a Stan Lee cameo, and everything else you could think of. The movie received a very high rating on Rotten Tomatoes and for a good reason, because this is exactly what you want to see for a good laugh. Worldwide, the movie made $44 million.

Hotel Artemis is about a hotel that’s for criminals and follows events that unfold over the course of one night. The movie is brilliant because of two factors: the world building and the acting of its supporting actress.

The movie takes place in a futuristic version of Los Angeles where there’s all sorts of new technologies. But instead of taking away from the plot to show the crazy new world, the movie just implies that there’s a whole chaotic world outside of the hospital, leaving much to imagination.

The stars of the movie are Charlie Day, Sofia Boutella, and Dave Bautista. Boutella had a great career portraying villains and has some jaw-dropping scenes in terms of both acting and violence. Day and Bautista also have plenty of hilarious and meaningful moments.

Despite being super intense and lots of fun, Hotel Artemis only made $11 million worldwide.

The trailer makes the movie look like it’s a crazy intense movie that doesn’t pull any punches. But in reality, it didn’t do the movie justice. The movie is about an expedition to the deepest parts of the ocean where the largest shark in existence is discovered. As the submarines return to the surface, the sharks follow them back up and begin to terrorise the crew and nearby beaches.

Up until the middle of the movie, everything it’s pretty good, with lots of spooks, but after a crazy plot twist the movie goes all out. The shark finds its way to a populated beach and what follows is a long montage of edge-of-your-seat action and horror.

The movie tries to balance itself with crude humor and intense jump scares, and is saved by the acting of Jason Statham and Ruby Rose. The Meg made $473 million worldwide.

If you like movies about obsessive planning, then this is for you. The first half is okay at best, but the heist movie doesn’t actually become interesting until the actual heist begins. Once the heist begins, it’s a really fun ride watching the story unfold and trying to figure out who did what.

The movie markets the criminals as the stars of the movie, but the real stars are Anne Hathaway and James Corden. Hathaway’s acting is great and the personality of her character really makes the movie fun to watch. Corden’s scenes are just as fun to watch, even though he enters during the final 20 or so minutes.

Ocean’s 8 made $294 million worldwide. It’s the lowest grossing film in the series.

Fans of The Incredibles waited nearly 15 years for the sequel, and it was worth the wait. Even if you have never seen the original, you’ll have a blast watching the sequel. The movie is a lot of fun to watch, full of great action sequences, solid humor, great music, and a beautiful art style.

The sequel starts off exactly where the original left off, with the Parr family fighting the Underminer, before veering off into a new storyline. The best thing about The Incredibles 2 is that it leaves some things unanswered, leaving plenty of content to work with for another sequel or two.

This is pretty much Denzel Washington at his best. While the movie starts off fairly slow, the third act alone was worth the price of a ticket. Once the movie reveals who the villain is, you’ll find Denzel’s character fighting off thugs on an abandoned island during a hurricane which can get really intense.

There’s great acting from everyone involved, especially Denzel and Ashton Sanders, who make the action movie much more emotional than it should be. In terms of revenue, The Equalizer 2 made $162 million worldwide.