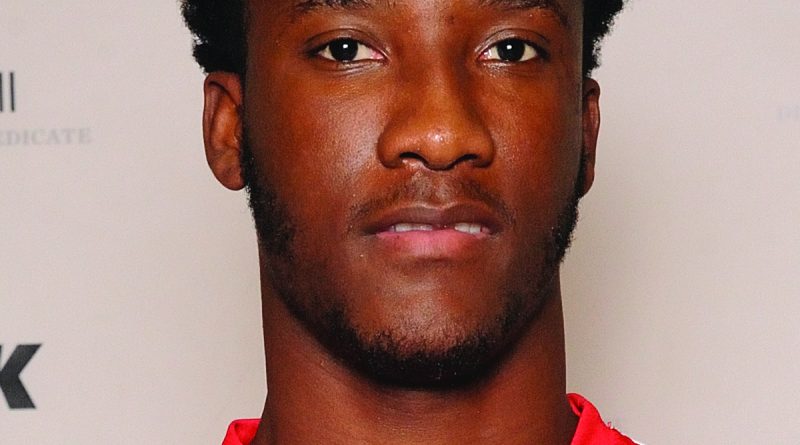 Mondesir had also previously been named CUNYAC Rookie of the Week for his games played Oct. 7 to 13. Then a midfielder, Mondesir had an extended scoring streak of three soccer games to open the week with his first-career game-winning goal in the 63rd minute to lead York to a 2-1 win at John Jay College. On Oct. 12, his run of six goals in three games ended against Medgar Evers College, where he played a solid midfield and was a contributing factor to a 2-1 win as York produced a 2-0 week.

Born in Port-au-Prince, Haiti, Mondesir had always dreamed of playing soccer He started playing soccer at the age of five and wanted to be a part of a soccer program and get a good education.

He and his family moved to the United States in 2015, and  he and his twin-brother, Kervin Mondesir, who also is on the 2019 Men’s Soccer team, went to Erasmus Hall High School, in Flatbush, Brooklyn. Mondesir and his twin-brother Kervin are the first of their family to attend college.

Mondesir is working towards a Business Management major and he chose to attend York College because of its proximity to his home and the convenience of commute to and fro his home. The decision made the best sense to him and his family.

“Living in Haiti was hard because in Haiti, you have to pay for school and my family didn’t have that much money to pay for school,” Mondesir said. “And after moving to the states, it was much easier to play the sport that I love: soccer, and go to school.”

Mondesir said he found out about his award by navigating through York’s Athletics website.

“I felt great and I was proud of myself,” Mondesir said about his reaction to the news.

Mondesir noted that the people who have made his transition to the U.S. easier for him were his mother and his 12th grade English teacher, who encouraged him to study and work hard.

Even though student athletes struggle with school work, practice, and games, they are also given mandatory study hall two hours a week, where students are encouraged to complete homework assignments and be on top of their classes.

“For me, it is not hard to manage soccer and school,” he said. “I try to be successful in school and on the field.”

Mondesir said representing York is one of the best things he has ever done, asserting that discipline, teamwork, dedication, and leadership are the most important lessons that he has learned as a student-athlete.

When asked about his game-day routine, Marvin says he always watches videos of his favorite soccer player Cristiano Ronaldo, who surprisingly, wears the same number jersey as Marvin: # 7.

Thinking about his future, Mondesir said his goal is to become a professional soccer player after college and he wants to play for the F.C. Barcelona. Although the season did not end with a bang as Mondesir and the Cardinals hoped, it was a success for Mondesir showing that he will continue to be a force for years to come.