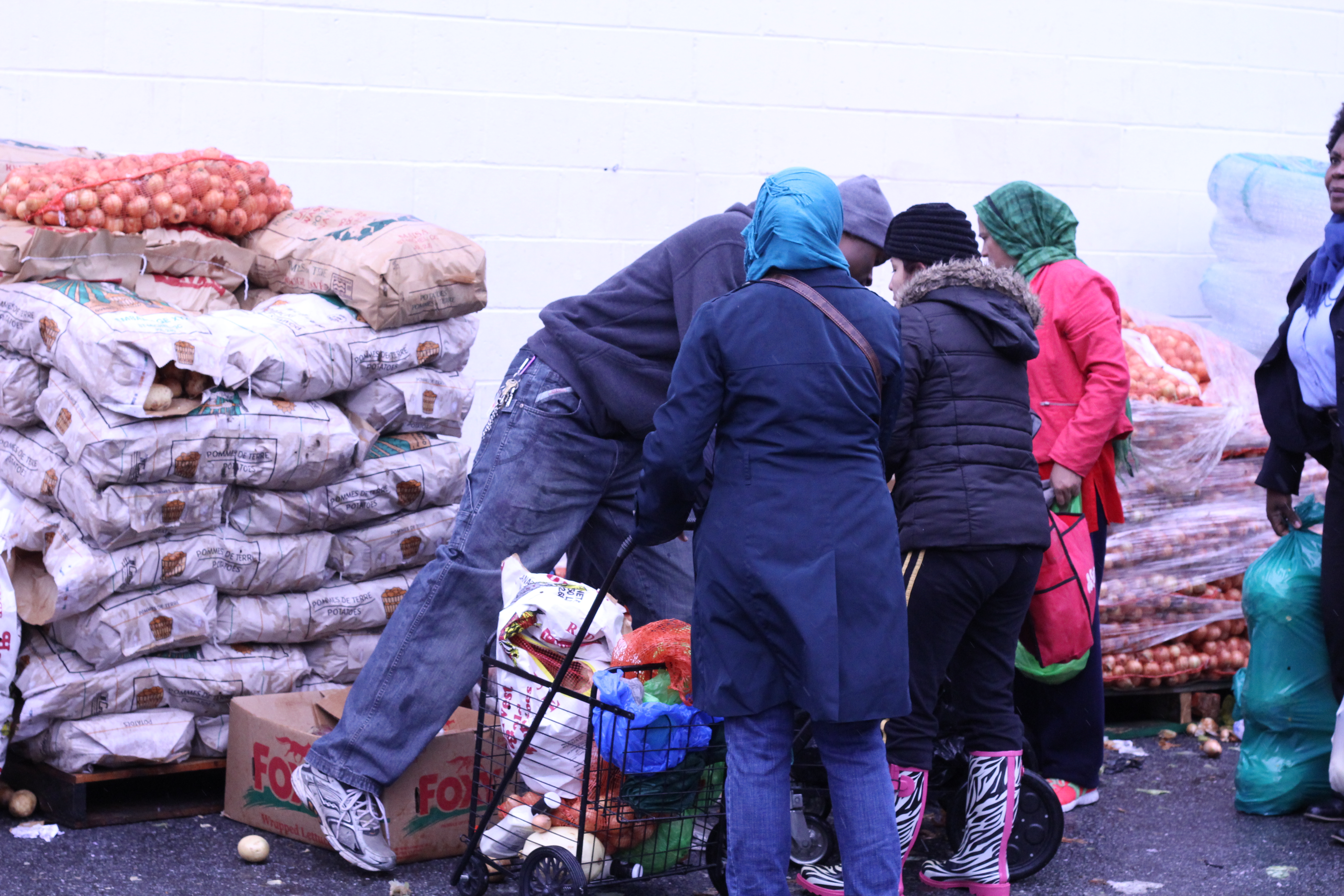 Hundreds of people line up outside of a local church every Wednesday on South Road and 159th street in Jamaica. The line consist of people all around the Jamaica area facing what are now common hardships that many Americans face: hunger, unemployment and homelessness.

The Church of God in Christ Jesus of The Apostle’s Inc. has made it their mission to get food into the hands of those who need it most.

“My mother use to tell me so many stories as a child about food pantries during the Great Depression in the 1930’s,” said 71-year-old Pastor Alfonzo Brown. “I never thought I’d be the one providing people with food in 2014.”

The church, founded in 1956, has always been a staple of the Jamaica community. Pastor Brown has been with the church for roughly 30 years, 18 years of which he’s been hosting food drives at his church to help those in need here in the Jamaica, Queens community and citywide across all five boroughs.

The church located just a block away from York College holds a food drive weekly from 10 a.m. to noon, but people line up as early as 4 a.m. People carrying bags and pushing makeshift carts wrapped around the entire block.

“For me it’s something constructive I do coming out here, it’s a hobby as well as a way to meet new people,” said 71-year-old King Isom.

Isom has been a retired pastor for 18 years now, and is not the first time he has been on the line. He believes that good work like the weekly food drive is what the church is supposed to do. “Give and it shall be given unto you,” he said, quoting the Bible.

The food drive gives away fresh nutritious essentials including cereal, milk, canned foods, fruits, vegetables, and even hot and ready meals like chicken soup in the winter.

This year’s food drive collected rations from the food bank, City Harvest, as well as donations from Pastor Brown and church members themselves.

This is my calling. It was a mission given to me by God,” Pastor Brown said.

The drive often goes longer than the planned scheduled time, but Pastor Brown says that he does not stop until everyone on the line leaves with something. The people waiting on the line vary, from the young and the elderly to the homeless to families with children all gathered waiting to be served.

Pastor Brown said that he wanted to combat the negative perceptions associated with food charity, like people who assume that everyone that goes to the food drive are poor and hungry. He mentioned that any sort of shameful and negative attitudes associated with other food drives is not the vibe that one would get here. “We greet our people with open hands so it feels like a place you can be comfortable in,” he said.

One of the volunteer workers at the food drive chimed in on the conversation. Mother Harrington, 69, retired business women at Chase Bank.

“Participating in this drive is rewarding as a human. Just putting a smile on someone’s face makes my day,” Harrington said. “It’s one of those self-fulfilling things. People as a whole need the help because life is tough on some people.”

The drive attracted more than 500 people one day in early October.

“Just about every week we have people from all boroughs come in and out, there are definitely an increased amount of people every year,” Pastor Brown said adding. “My work speaks for itself. People hear about the food drive by word to mouth and I don’t have to advertise it at all.”  Brown  mentioned that his church’s effort is one of the biggest food pantries in the area.