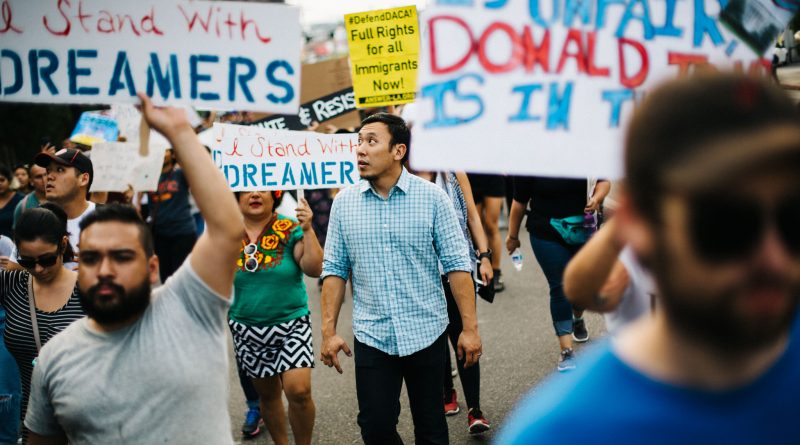 CUNY decided to protect undocumented students after the Trump Administration repealed the Deferred Action for Childhood Arrivals (DACA) program. York College was one of many colleges that provided resources for at risk students to maintain their citizen status.

This decision by the White House was not surprising since Trump promised during his campaign in 2016 to curb illegal immigration. An estimated 800,000 young people were at risk of being deported. In an email to students, Chancellor James B. Milliken stood by his decision to support DACA students.

“Given the current political climate, and the fear and uncertainty it has created in immigrant communities, we are doing all we can to support the thousands of CUNY DACA students,” said Milliken.

DACA was a program created in 2012 by the Obama administration that allowed young people to live, work and study in the US with their families who arrived in the country illegally. People who were protected by DACA known as DREAMers have fought for their political, economic, and social rights. DREAMers have been classified as “undocumented” people, lacking legal immigration status, and the term stems from the DREAM Act, which has never passed through Congress. To apply for DACA, a DREAMer must have arrived in the US before turning 16 and be under the age of 31.

After DACA’s repeal, people at risk faced deportation back to the countries where their parents came from, but they aren’t familiar with.

The Trump administration announced in September that it was ending DACA and barring new applications. The program is slated to be phased out and officially ended in six months.

DACA recipients with work authorization scheduled to expire between now and March 5 are required to apply for a two-year renewal.

Shortly after Trump’s announcement, CUNY Chancellor James Milliken issued a statement condemning the action and offering workshops and financial resources to assist those who were eligible to renew their status. Midori Hills, staff attorney of York’s Immigration Center said the college is doing all it can to help students impacted by the repeal.

Hills has been a part of the CUNY Citizenship Now! for 12 years. “Here, in the Immigration Center, we give consultation to students and inform them on what they need to renew their papers,” said Hills.

Resources such as CUNY Citizenship Now! provided students with free and confidential immigration law services to help individuals and families get U.S. citizenship. Students can find out when applications were due and other requirements needed.

Not only has CUNY given legal resources to DACA students, but some scholarships catered to DREAMers have been given to those students as a means to pay for tuition and supplies. The Dream.US. Scholarship offers DREAMers funding so that they can advance their college education.

This became a challenge as some students who were qualified were excited with the scholarship deal, but their families were more hesitant, concerned that personal information would be at risk. Many believed it was too good to be true.

York started giving out the Dream.US. Scholarship in the spring of 2015. During that year, applicants taking less than 12 credits were ineligible to apply. The criteria changed the following year with the stipulation that whoever wanted to apply for the scholarship would have to start as freshmen with College Now credits or transfer to York with an Associate’s degree.

Despite Trump’s actions concerning illegal immigrants, it remains to be seen what will happen in the days to come.