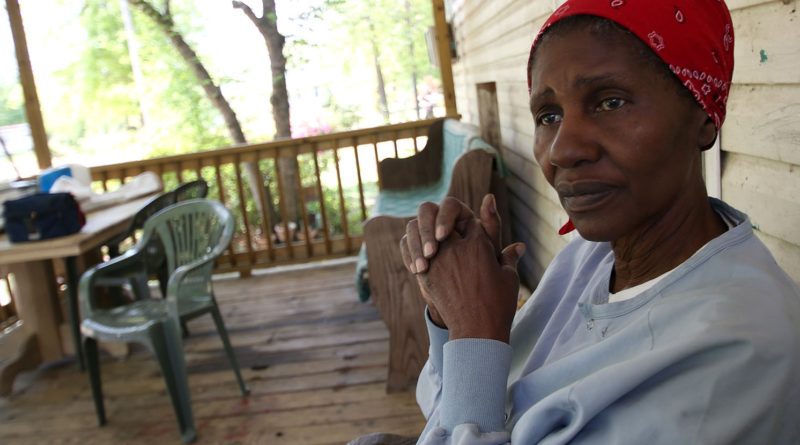 Shot over the course of 5 years, the film shows the devastating toll of the scourge of HIV/AIDS. HIV stands for human immunodeficiency virus. If left untreated, the virus may develop into the acquired immunodeficiency syndrome, which is the fifth leading cause of death in the United States. Cross focused on South Carolina native, Wilhemina Dixon and her family. Dixon is a 62-year-old matriarch of her immediate family, and is the only one who has not contracted HIV. Both Wilhemina and her daughter and granddaughter were born HIV positive.   According to 2015 statistics from Centers for Disease Control and Prevention, the virus is one of the leading causes of death for African American women in the rural south.

“The south is the epicenter of an ongoing AIDS epidemic in America,” said Cross. “But the problem is the inequality of health care and access to education. The state has nearly 20,000 people infected with HIV, but only one doctor for half the amount of people. In Wilhemina’s case, the doctors weren’t even that good,” she said.

In South Carolina, the rate of black women diagnosed with HIV is 12.3 percent higher than white females, according to 2013 statistics from AIDSVu. Cross said while the number of low-income, minority women who have the virus increases within the state, there are only three major medical institutions that specialize in HIV care.

“When Toni got sick after she stopped taking her pills, she didn’t have much of an option because of social status, her gender, and her race,” said Cross. “But the most important reason was because there aren’t that many options for health care, or HIV/AIDS awareness in the south.”

But some York College students said they do not believe there is a big relationship between socioeconomics and health care for AIDS for blacks. Communications Technology major, Ashley Price, believes that the lack of healthcare in the south is due to the stigma related to the virus.

“If I mention any type of disease to my family in the South, they automatically flinch,” said Price. “Instead of trying to understand the disease, they shun it and it makes everything related to it sound bad.”

Cross also said that the former councilwoman for Dixon’s county ignored her request to educate residents about the virus.

“They actually mocked it, and never responded,” said Cross. “We reached out to her office several times, and she simply said that she will not run away tourists from promoting HIV.”

“The more people that are aware of its presence, the more we can prevent it,” said Seltzer. “When people learn about the viruses, it’s less likely they will be afraid of it.”

Although Cross is a broadcast journalist, she remarked on the importance of writing and reading, too.

“The most important skill any type of journalist has to learn is how to write,” she said. “Because if we get our facts from one news source, we will develop a stigma and not be fully educated on the topic. But as a filmmaker, it’s important that we show the world what is going on by writing with the camera.”

In 2013, The South Carolina Aids Council was formed to help reduce the spread of the virus within the state. The organization was formed to teach residents how to prevent getting infected. They also offer free HIV testing, support groups, and emergency financial assistance.

In addition to AIDS support groups, Cross said that the church has a big impact on people demonizing and shunning those who are infected. York Sociology major and avid member of the Christian Club, Erica Burton, said churches need to be more involved in educating the community.

“I don’t think it’s okay for pastors to advocate hate because God’s nature is based on love,” said Burton. “Before putting their hand on the bible, they should remember that everyone is equal and God accepts all and it’s in his word.”