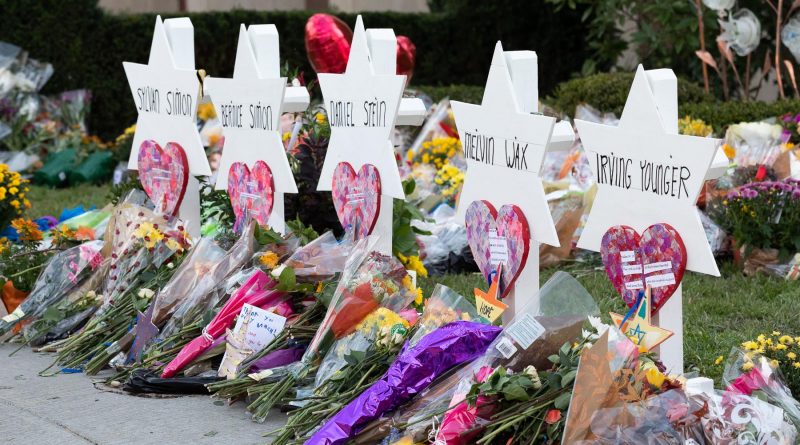 Tree of Life synagogue memorial. On Oct. 27, there was a mass shooting at the Pittsburgh Synagogue which killed 11 people and wounded seven. Photo Credit:Andrea White for the White House.

According to a new Federal Bureau of Investigations (FBI) data reported by The Washington Post, hate crimes in America have risen about 20 percent last year. This makes 2017 the third consecutive year that such crimes have increased.

The rise of hate crimes were incited by more police departments reporting hate crimes data to the FBI, but there are still a vast number of departments that reported no hate crimes to the federal database, according to The Washington Post.

Hate crimes targeting people for their sexual orientation amounted to 1,130. The hate crimes against people ranged from threats and intimidation to assault, to murder. Crimes against property are ranging from vandalism to robbery and finally to arson.

Michele Gregory, a Behavioral Science professor at York College who specializes in examining issues pertaining to gender, sexuality, race, ethnicity and class took the historical approach to the problem.

“We had slavery and the killing of Native Americans which today constitutes as a hate crime unlike back then,” said Gregory. “These examples are part of our history and you can’t erase 400 hundred years of history.”

Gregory said immigrants who became U.S. citizens should always worry over increasing violence because it’s a product of something that we can’t get rid of such as white supremacy and hateful attitudes.

“You’re never going to get rid of crime no matter what it is, but how do you change the conditions where you minimize it?” Gregory asked rhetorically.

Krystal McKnight, a Manhattan resident and Health Science major at York College said that it’s not surprising that hate crimes have been happening since our country was founded on hate. She said hate crimes occur because of “deep-rooted prejudices and financial insecurities.”

“Law enforcement killing innocent black men doesn’t have the same effect as someone physically assaulting a homosexual,” said Knight who added that the way hate crimes affect local communities depend on the demographics.

McKnight said that love trumps hate, meaning we should stop all the animosity towards each other and get along. She also said that every group such as minorities, women, or homosexuals are victims of hate crimes because there are people out in the world who lack awareness.

“We should educate people like how we educate them on how to drive safely and not just in a school setting,” said Gregory.

Zahira Munawar, a Queens resident, Health Science major at York College said that hate crimes affect local communities through the misconceptions that communities have been raised in. She added people are starting to believe the misconceptions are facts rather than opinions and ultimately carry those teachings onto children.

“I believe, although there has always been hate and hate crimes in the world, instead of diminishing, they continue to grow,” said Munawar.

She said that many believe education is the solution to prevent hate-motivated behavior but it is hard to educate an arrogant, uninterested mind.

An article recently published by ThinkProgress, a news site dedicated to providing progressive news and analysis, mentioned how The National Oppression to Hate, Assault, and Threats to Equality Act or the NO HATE Act was established last year by Republican and United States Representative of Virginia Don Beyer.

He issued a call to revisit the bill after the FBI released the rise in numbers in hate crimes from last year, and wants to improve how the U.S. gathers information about such crimes across the country.

As reported by ThinkProgress, one section of the bill summarizes how it would improve reporting, expanding and standardizing the types of information law enforcement agencies should collect when it comes to potential hate crimes, and help law enforcement identify hate crimes when they take place.

Another portion is devoted to increasing the use of hate crime hotlines and providing a grant for states to manage their own related hotlines. To protect victims of hate crimes, the bill would “establish a federal private right of action” for hate crimes, allowing victims to sue their perpetrators in civil court. The bill has already accumulated notable support, including from the National Association for the Advancement of Colored People (NAACP).