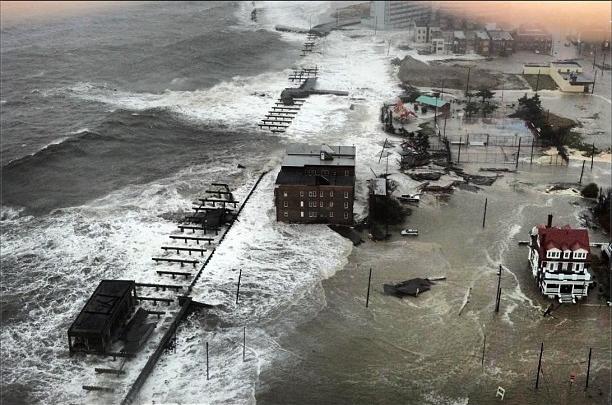 It’s been just under a month since the two-year anniversary of Superstorm Sandy, and although some have received the help they need when it comes to rebuilding their homes and finding new places to live, a number of residents have found it impossible to get their homes rebuilt.

Through the city’s “Build It Back” program, initiated by former Mayor Michael Bloomberg, homes were supposed to be inspected by independent claims adjusters who would decide if the home needed to be rebuilt or if a check could simply be cut for repairs.

By the beginning of this year, although more than 25,000 applications had been accepted, no homes had been rebuilt, no checks had been sent out. The program has been seen by many residents as a failure and a joke.

“We are really wondering why we pay taxes,” said Far Rockaway resident Olivia Jackson who is one of the many people who lost everything in the storm. “We actually are fighting with all the politicians for them to do their job.”

Since Mayor Bill de Blasio took office and pledged to make Build It Back a priority, more than 200 homes have been rebuilt and 1,449 checks have been cut, according to the program’s most recent numbers released in a report on Nov. 17.

But the recent improvements have come too late for residents who complain that the city has intentionally been dragging their feet on helping residents in Sandy-battered communities.

“It seems to trickle down almost, people haven’t learned from our past,” said Conrad Narain, a former York student, current volunteer and resident in Far Rockaway. “When politicians focus on their greed, it seems that the mentality is passed on instead of being washed away.”

Some neighborhood officials say that the process is more burdensome than expected.

“We’re doing as much as we can, a lot of people think it simple to repair all the damage that was done by the storm, but it’s easier said than done,” said Councilman I. Daneek Miller. “We have done a lot considering we’re on a budget.”

“I really see him putting forth effort, but it comes more from the big guys,” said Sondra H. Peeden, Miller’s receptionist. “The real efforts come from the people that have the power to emphasize the importance of it. Miller has done what he can,”

Though Build It Back’s progress has been slow, de Blasio recently has said that more resources will be directed to the program.

“When we took office, Build it Back wasn’t delivering for families who needed it,” de Blasio said in a press release on the second anniversary of Sandy. “Now, New Yorkers across the city have finally gotten the support they deserve, and we’ll continue to speed up relief until every homeowner is served.”

Some, though, are increasingly skeptical about the promises coming from City Hall.

“If we saw progress moving faster we wouldn’t be fighting as much, but when they put up the frame (to the house) they don’t do anything else for maybe a month,” said Narain.

Jackson agreed that rebuilding has been disjointed.

“Yeah, they have been doing work but they do it as if we are not a first priority,” said Jackson. “They do some repairs and then disappear, it’s like some of us don’t have a place to go and you’re treating us like a side chick. There have been nights I slept in bars.”