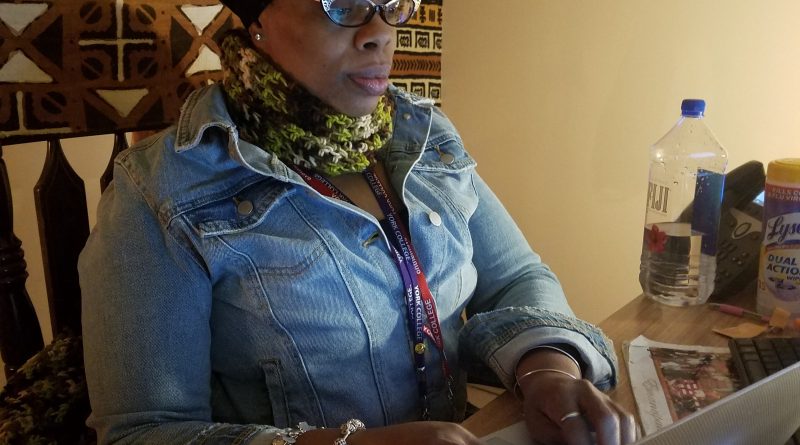 York College’s Social Work Department has started the process of expanding its baccalaureate program. The Master’s in Social Work program has been approved for Fall 2018. The M.S.W.  program would specialize in health and mental health.

After the each successive mass-shooting incident in the U.S., there have been growing calls for improving mental health institutions.

A  report by  the World Health Organization says that health systems have  not  yet adequately responded to the burden o f mental disorders. As a consequence, the gap between the need for treatment and its provision is a worldwide issue.

The report states that in high-income countries, between 35 and 50 percent of people with mental disorders receive no treatment. In the low and middle-income countries, the range jumps to between 76 and 85 percent.

“In our profession, we don’t wait to see that some horrific incident or traumatic situation has transpired for us to get involved and to be proactive and responding to incidents of health and mental health,” said Selena Rodgers, the director of the M.S.W. program and Associate Professor of Social Work. ”We have to begin to have the conversation because if people only have one lens or one frame of reference of what they understand when they hear mental health or illness, then they only can go off of what they have been naturally conditioned to understand. It is important that we raise awareness on so many different levels and not just when horrific things happen in the world.”

Rodgers  explained that social workers have the obligation to be responsive and the  responsibility  of providing the right information to others to make an informed decision.

York’s  social workers do  not need to go outside of the college  to see the different impacts or the implication levels of mental health  that really impact students on campus.

“Our students wanted to pursue a graduate degree and they were asking why we did not have a graduate program because it will make our work easier,” said Gila Acker, the chair of the Social Work Department. ”It is something that we saw at some point that we would want to have. There are some M.S.W programs in the city but not so many are public, so it felt like it was not a bad idea.”

According to the Bureau of Labor Statistics, the overall employment of social workers is expected to grow by 16 percent between 2016 and 2026. Rodgers said those statistics drove the decision to expand the college’s offerings to include a master’s program that will specialize in health and mental health.

“That is where there is going to be job availability,” Rodgers said. ”If you are talking about a career in social work, you want to be able to sustain yourself. So, this was the reason why we went in the direction of health and mental health. People are really coming out to learn about the program because they are excited about the profession.”

The M.S.W. program will have internships for students every semester. Rodgers said that the difference between the internships of both sections in the program has to do with the types of program placements. First year students have more generalization and flexibility. They could be placed in a school setting or do management services for agencies. Second year students have to be placed in a specialized setting related to health and mental health.

”This is the same thing as our students in the undergraduate program,” said Acker on the differences between the internships of the sections in the M.S.W program. ”Undergraduates also have a full year internship that they go to twice a week in their senior year. The students of the first year of the master’s program do the same number of hours. For the second year which focuses on the specialization of the program, they do their internships three days a week and at least 600 hours a year.”

David Tobo, a junior who is in and proud of the Social Work baccalaureate program, said that the M.S.W program is a great addition to the college.

“My hope is that the M.S.W program will shed more light on how programs such as this are imperative to York’s future,” said Tobo, who also serves as president of the Student Government Association at York College.

Sadat Rahman, a Sociology major at York College  who is interested in pursuing a  master’s degree in Social Work, is very excited about the new program. He thinks it is a very good idea.

“I really like the idea of York’s advancement in creating new graduate programs,” said  Rahman. “But I feel like they should improve more on it.”