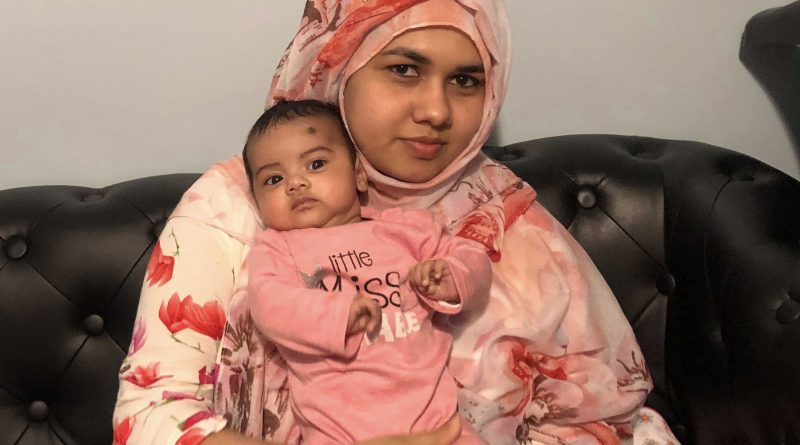 A York College student is the father of New York City’s first 2018 baby. The baby girl was born in Flushing Hospital Medical Center in Queens a minute after midnight.

The new parents, Imran Nazir, 28, a cab driver and York College student, and Tania Shirin, 25, said they received many best wishes from the morning staff and other people at the hospital. His first daughter’s birth was a motive for celebration among the hospital staff because it was the second year in a row Flushing Hospital delivered NYC first baby of the year.

The new mom, Shirin, underwent an arduous 36 hours of labor to deliver her first baby.

“She felt enormous pain,” told Nazir to the Daily News. “One time she went motionless. She goes, ‘I can’t tolerate it. Maybe I’m going to die. Just forgive me if I die.”

Three weeks before Kazi’s birth, doctors told the parents they may lose the baby because she stopped growing while the mom kept gaining unexplained weight.

Originally, Kazi’s due date was on Jan. 10, but since the baby wasn’t acquiring any nutrients from her mom, the doctors predicted Shirin would deliver her baby through c-section. She was admitted to the hospital immediately.

Twenty minutes before new year, Shirin was able to dilate 10 centimeters and gave birth naturally instead.

“Miraculously, last two hours, she was ready for the baby. It was kind of 11:40. So all the doctors and nurses, told us, ‘Oh you are going to be the new year baby,’” said Nazir.

Shirin came to the United States last April while Nazir immigrated to the U.S. in 2010. Both parents reside in Jamaica, Queens.

“It’s an absolute thrill to have the honor of being the hospital where the first baby of the new year is born,” said Dr. Andrew Rubin, a spokesman for Flushing Hospital.

“When I get her I feel really different. She’s my princess,” said Nazir.

Duque weighed seven pounds and 11 ounces, and was 19.5 inches long. His mother, Carmen Peralta, 40, had to go into induced labor because doctors found her blood pressure dangerously high. Peralta gave birth two weeks before her due date.