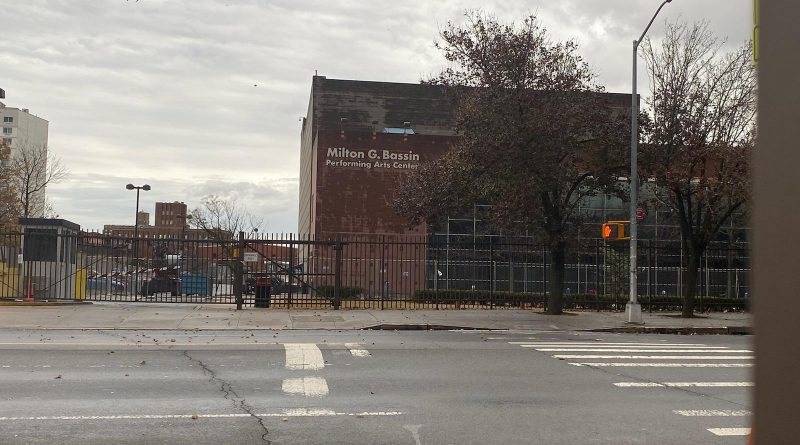 York College’s Performing Arts Center will remain closed until the Summer of 2020, according to college officials.

The Milton G. Bassin Center for the Performing Arts has been shut down since September after the college learned of a mold condition. The building has been closed for renovations with notices on the doors directing students and teachers to other locations on the campus for their classes related to performing arts.

According to Ismael Perez, assistant vice president for Planning and Budget, the mold was caused by water penetration in the roof of the Performing Arts Center. The renovations are being funded by the City University of New York. The indoor air report, which is a report of the air quality within and around buildings and structures, will be provided by Green Path Environmental, Inc.

Although the mold was discovered on Aug. 26 by a staff member, it was not until Sept. 5 before the college campus was notified via a campus-wide email.

“In the last few days, the College has learned about possible mold in the Milton G. Bassin Performing Arts Building,” the statement read. “We have begun the process of evaluating the environmental conditions in the building, which will continue over the next several days.”

Keshaun Luckie, 22, the president of the Drama Club at York said he wishes he had known of the mold ahead of time.

“I was only aware of the issue after the building had been shut down,” Luckie said. “If I had known the building had mold prior, I would’ve spent far less time in the building, especially because the majority of the rooms that I spent time in had no windows for proper ventilation.”

With the announcement of possible mold in the Performing Arts Center, there were also concerns about possible mold on the first floor and lower level of the Academic Core building. However, Perez said there is no proof of evident mold recorded.

“While there was a concern regarding mold on the first floor of the Academic Core building, upon inspection mold was not found,” Perez said. “We are unaware of any reports of mold conditions on the lower level.”

“As always, the health and safety of our students, faculty and staff are our highest concern,” Perez said. “We appreciate everyone’s patience as the necessary steps are being taken to ensure a safe environment for all in which to work and study.”