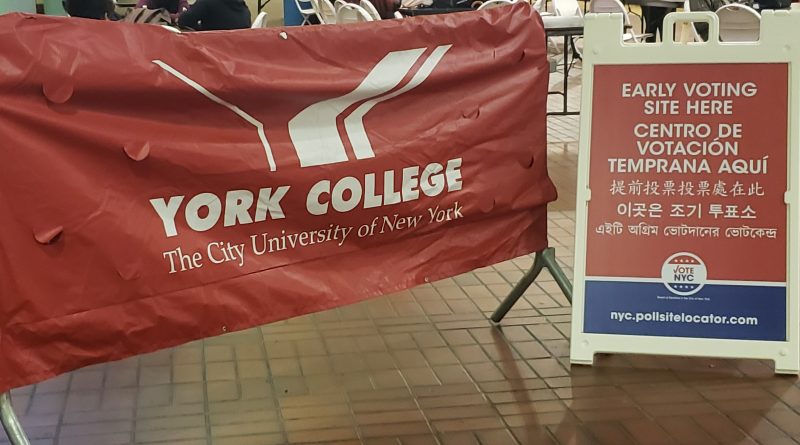 York College has been selected as one of the voting sites for the state’s first-ever early voting period and will host a polling place for the surrounding community in room 2D01 in the Academic Core Building.

Starting this October, early voting will allow voters to cast their ballot instead of having to mail them in or wait until the actual Election Day.

In New York City, early voting started Saturday, Oct. 26 and runs through Sunday, Nov. 3. It adds nine additional voting days before Election Day, Tuesday, Nov. 5. The New York Board of Elections has voting sites across all five boroughs where voters can vote early.

Traditionally, New York City has only one designated voting day during the Primary and General Elections. However, hundreds of thousands of voters and advocates continued to raise their voices on the issue of not having any other options besides Election Day to vote.

In addition to the early voting, voters will still have the option to cast an absentee ballot if they choose to do so. All voters are assigned to an early voting poll site.

“We should help each other and see how we can make things better,” Notice said.

The Board of Elections is also implementing two new ways of voting. First, voters will be given electronic tablets to sign in instead of a physical sign-in into a roll book. Second, poll officers will utilize a unique way to search for the names of voters by scanning a card that has their first and last names on a tablet. These two innovative methods for voters to identify themselves at the check-in point are designed to benefit both poll workers and voters.