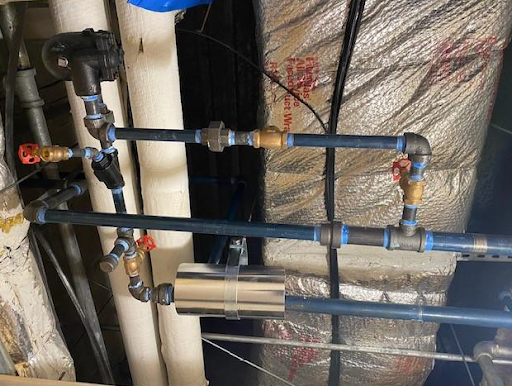 Governor Andrew Cuomo announced on April 18 that 18 CUNY schools including York College, are set to receive funding from a pool of $455 million dedicated to energy efficiency upgrades in an effort to create a “greener economy.”

The plans for a more environmentally-friendly CUNY are rooted in New York’s Climate Leadership and Community Protection Act, which targets reducing greenhouse gas emissions and creating a statewide carbon free electricity system by 2040. The upgrades coming to York and its CUNY counterparts include the installation of the Building Management System (BMS), which controls heating and cooling around campus using an automated system to do so.

Currently, this system is operated manually making it less efficient, according to Onyekachi Akoma, Director of Facilities and Planning at York. Even before Cuomo’s announcement last month, York was in the process of installing the system. Akoma says BMS installation is currently at “substantial completion.” Other energy efficiency upgrades at York include the replacement of the HVAC system, which handles air circulation throughout campus buildings.

“What we [Office of Facilities and Planning] do try to provide is where they [contractors]  have to coordinate because they are connecting to existing systems so we participate in making sure things work well with those existing systems as they install these new devices,” said Akoma.

New energy efficient LED lighting is also part of the plan for the 18 CUNY schools to receive upgrades. As of May, LED lights are currently in the “planning stages” according to Akoma.

According to ny.gov, many of the environmental measures connected to the upgrades are set by the New York Power Authority and the Dormitory Authority of the State of New York. NYPA is allocating $230 million in renewable energy efforts on CUNY campuses and DASNY is providing over $226 million in energy efficiency in relation to its partnership with CUNY.

The efforts also support the Sustainable CUNY Conserves program, that serves to limit energy use and the funds spent on it, to then direct such funds on other university initiatives.

“Since about 2006, we’ve been tracking energy use and greenhouse gas emissions across the university and supporting CUNY in meeting the various targets set by the state and city,” said the University Executive Director of Sustainability and Energy Conservation, Tria Case in a recent interview.

Some of these targets include reducing greenhouse gas emissions by 40 percent, and energy usage by 35% in 2025, according to Case. This projection is in conjunction with BuildSmart2025, a statewide energy efficiency program handled by NYPA, which tackles lowering energy usage in state buildings.

As more faculty and students are projected to make a return to campus in the fall semester, Case says that “demand response” is a great example of how they can see the energy efficiency efforts making a difference. According to Case, demand response happens when the surrounding community takes note of constraints on the power grid, and utility companies will request that a campus or other facilities that are energy-hungry, to reduce the amount of power they are using in order to avoid potential outages.

“Every campus across the university is participating in demand response and so sometimes students will see signs up saying, ‘Today’s a demand response day,’” said Case. “Paying attention to that and realizing why something might be turned off or that the folks on campus are trying to find different ways to reduce energy use and how that really supports the community around the  campus is really important.”

“These things are cumulative, it’s not just that you do one thing and all of a sudden you’re ‘greener’,” said Akoma. “We’re building parts and pieces of an ecosystem, I believe, towards getting to a point where holistically, the campus can be much greener. We’re not there yet, but we’re getting there.”