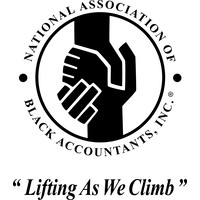 The National Association of Black Accountants, (commonly known as NABA) has over 40 chapters across the country and one of them lies here at York College, composed of approximately 200 Business, Accounting and Economics students, looking to start their careers in the respective fields.

Despite the name, NABA isn’t exclusive to black accountants. The organization was originally exclusive to black people when it was formed in 1969, when the nine original founders came together to discuss the challenges blacks faced in the accounting field.

“In present-day, it is open to everybody,” said president of NABA’s York chapter, Adrian Stephenson. “We have people from the continent of Asia including India, Pakistan, Bangladesh; there’s no restrictions in terms of membership.”

On the national scope of operations, NABA provides students with a chance to grow with close attention, “real-world” learning opportunities, places for members to enhance and form tactical business connections, and constant one-on-one coaching, mentoring and general assistance. The York chapter of NABA provides their members with the same attention, but they want its chapter to also act as “a family.”

“We try to help each other out with everything possible,” said NABA at York, Sushmita Saha. “Sometimes students may just be struggling with home life, or any other random issues.  We just provide that platform where they can vent some of those issues or have a network of people who are just there to provide comfort.

Through the national chapter, NABA provides members with connections to some of the largest accounting firms in the country, including Deloitte, Ernst & Young,  PricewaterhouseCoopers, and KPMG. Saha said some of those large firms look to NABA in order to diversify their workforces while also finding those with the skill sets they need.

While York may be a diversifying haven for these firms, Saha said NABA’s York chapter is “severely lacking” in resources. She claims it is rare the club gets funds for events such as NABA’s networking conventions and the club ends up using money out of their own pockets to attend. Gaining corporate sponsorships has been an issue as well, often causing them to look elsewhere to gain opportunities.

“We’re in Jamaica, Queens and we don’t have access to our own campus recruiters like the NABA chapter at Baruch does,” said Saha. “What we end up having to do is going to the  conventions or the career fair events that Baruch might have.”

Saha said the reason for that lies within student awareness of NABA, with many not knowing that the program exists until late in their college career. But despite the means they have, NABA’s York chapter still pushes to gain a name for themselves. Saha mentioned the annual NABA conference originally planned in Indianapolis that shifted online due to the COVID-19 outbreak.

“That would’ve cost each member thousands of dollars and it would have been funded collectively by the members, professors, and alumni,” said Saha. “It’s really throughout the outer networks that we have.”

Internships and full-time jobs are up for grabs when members attend these annual national conventions where they can network with companies. Shanice Isidore who is a NABA mentor and recent graduate of York, said she secured business opportunities through NABA conventions and also got her start at NABA after a few words of inspiration from some members that came to talk to her accounting class in 2017. The following semester, Isidore began working at the Voluntary Income Tax Assistance program, also known as VITA, where people in need that live in the Jamaica community can get their taxes done for free. Many NABA members also have the opportunity to intern at VITA.

“A lot of the people who worked at VITA were also part of NABA,” said Isidore. “They were basically giving more information, telling me about the NABA convention, and kept hyping me up, making me want to join more and more and trying to do whatever it took to get a sponsorship from the school to attend the NABA convention that year.”

Her colleagues’ words of encouragement eventually sparked Isidore to get involved with NABA in 2018. Isidore was trained in professional and personal development skills, ranging from building a resume and cover letters to mock interviews and dressing professionally. Much of this training served as preparation for the networking that took place at the convention.

In the Winter of 2019, Isidore chose to intern with PwC, taking the semester off at York to do so. After this, she took an internship with Deloitte in the summer for risk and financial advisory, which led to both companies offering her full time positions. Isidore accepted the position at Deloitte and will start in February 2021.

Unlike previous conventions, the 2020 one was of course hosted online. When the pandemic began in March, Saha said she was concerned about how the convention would be conducted.

“When COVID hit I was absolutely panicking,” said Saha. “However, NABA really came through for its members and they made this convention completely free. Everybody was able to sign up and I know that there were some members who were able to get internship opportunities.”

One of those members is Accounting major Nertha Meus, who was awarded an internship at Ernst & Young as an audit intern and is expected to start in the summer. Meus said NABA’s guidance boosted her self-confidence and prepared her for the NABA’s Eastern conference in September. She recommends accounting and business majors not only to join, but be active in their participation.

“Don’t be afraid, go to the club and talk to the members that have been there for a while because they’ll help you,” said Meus. “Everyone is kind and forthcoming because they want students from York College to be successful.”

Meus also encourages that once members join, they should regularly attend meetings, which occur virtually every Tuesdays and Thursdays during club hours; 12 to 2 PM.