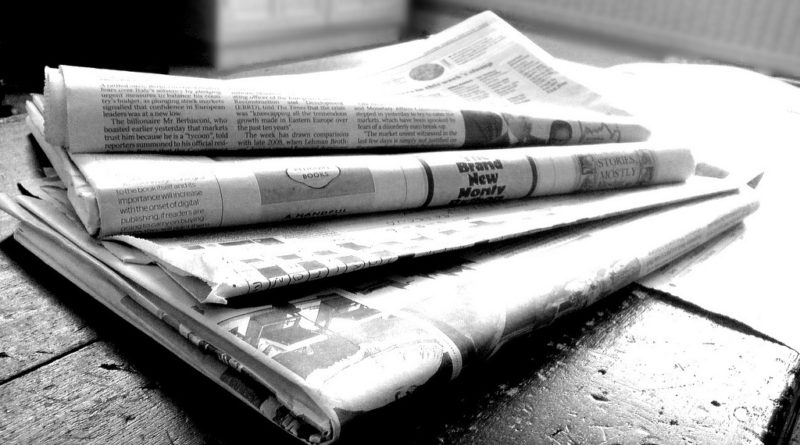 Congress shall make no law respecting an establishment of religion, or prohibiting the free exercise thereof; or abridging the freedom of speech, or of the press; or the right of the people peaceably to assemble, and to petition the Government for a redress of grievances. – First Amendment of the United States Constitution.

York College’s institutionalized fear of the press on campus has created a barrier for Journalism majors to retrieve the necessary information to write accurate and productive news articles. I would like to remind all readers, especially students, of their First Amendment rights and one in particular that prohibits the freedom of the press.

In my short time as Online Editor of Pandora’s Box I’ve learned how truly difficult it is to obtain certain information from York College. In the case of Taneka Sylvester, a York College alumna, Pandora’s Box was the final means of finding answers about an incident on campus Spring of 2016.

Sylvester encountered a peeping tom while using the women’s restroom on the first floor of the AC building near student activities office on May 18, 2016. The incident occurred at 8:15 p.m. while working a closing shift for Barnes and Noble. She noticed a man had flipped a garbage can over and used it to better leer at Sylvester. She screamed, which sent the attacker off running.

Her initial reaction was to call for help and go to the Public Safety office to report the incident. Security officers told Sylvester they would check surveillance cameras near the women’s bathroom to possibly identify the perpetrator. When she called to get an update the following Friday almost week after the incident, Public Safety did not respond or update her on their findings.

So why tell this story so late? Or at all? It turns out, I couldn’t obtain the information necessary to investigate her case. I did go to the Public Safety office to obtain any news regarding Sylvester’s case, but I was sent to the Marketing Communications office to file a Freedom of Information request.

The Freedom of Information Law (FOIL) allows for any citizen to request records maintained by public offices. It’s a law that requires truthfulness and transparency to the taxpayers by those who spend tax dollars.

I was told to email Russell J. Platzek, the Executive Director of Office of Legal Affairs & Labor Relations, and did so on June 3, 2016 in hopes of gaining access to camera footage. Twenty days later I received this troubling email:

“Dear Mr. Medina, I am in receipt of your request for production of security camera footage of the suspect in the May 24, 2016, report of unlawful activity in a Women’s bathroom at approximately 8:15 p.m. at York College.  I have consulted with our Public Safety Department, and have learned that there is no such video footage.  As a result, I am unable to produce any materials in response to your request.”

Sylvester wasn’t happy about the results and to date has never received anything approaching satisfactory feedback about what, if anything, was done about the incident. Many questions remain, perhaps most significantly, why wasn’t the campus community alerted to the fact that this incident occurred? As my first real case of investigating, I failed. In part because I didn’t fully understand how to use the freedom of information law. But I can’t help but wonder how much of it had to do with the overall reluctance of campus officials to be forthcoming with public information.

I recently made a spelling error of three names in a positive article I wrote noting that the Occupational Therapy Department was reaching it’s 40 year anniversary. The day after it was published, I received a couple of complaints through email. Not 20 days later, like my request to Legal Affairs. A complaint from a professor of Arts and Sciences read, “I certainly hope that none of them see this!!” The professor promptly pointed out my mistake to the English Department chair, Journalism Program director and the newspaper’s faculty advisor equating the spelling errors to the national scourge of “fake news.”

Conversely, I received an email from a librarian who corrected my error and suggested using the library’s services if in need of help in the future.

I took full responsibility for misspelling the names and immediately changed them on PB’s Website. There is also a printed correction in this issue. But in the long run, the constructive criticism given to me by the librarian provided better support than the negative and spiteful email from the professor.

As a student run newspaper, it is likely our chances of making mistakes are higher than those of experienced journalists with 10-plus years under their belts.

Take a look at page two of The New York Times and you’ll find corrections every day. Sure as human beings we are prone to making mistakes, but the environment at York seems at times unforgiving and discouraging to student journalists.

The singular reason I attended York College was because of its journalism program and the idea to inform the public on the latest news. In my three years attending York I’ve neither felt welcomed or accepted by anyone other than the Journalism program faculty, the lone librarian and one or two officials in the H-wing.

But rather than get discouraged, I’m going to push forward and work on the next issue of this newspaper.

One thought on “Journalistic Troubles When Reporting On Campus”