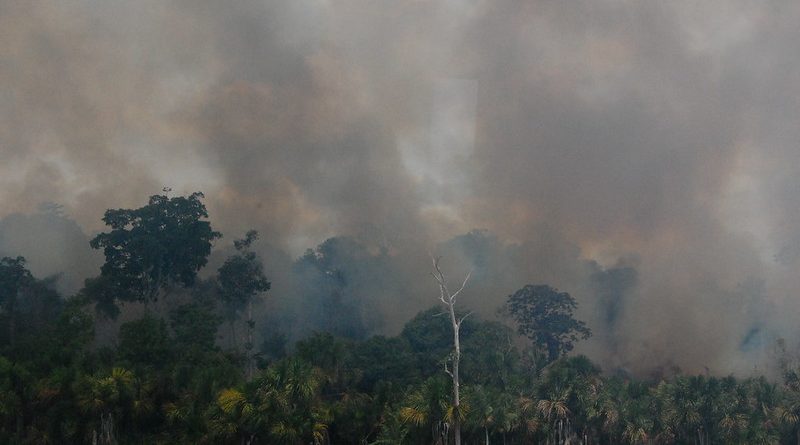 In recent news, the Amazon rainforest in Brazil which comprises of more than half of the world’s forests has had a record-breaking number of forest fires.

The fires “puts not only animals but indigenous tribes at risk, and the fires can be devastating in the fight against climate change,”  said Dawn Roberts-Semple, a professor in Earth and Physical Sciences department at York who specializes in air pollution and climate change.

According to the National Geographic Society, the Amazon  renowned for its biodiversity, produces 20 percent of the earth’s oxygen, hence its nickname the “lungs of the earth.” It also has a far-fetched rich ecosystem, and around 400-500 indigenous Amerindian tribes call the rainforest home.

A myriad of environmental organizations contend that humans are to blame for the fires and that most of the fires are caused by people preparing the land for planting and development. These fires are set in areas that had already been deforested in previous years and are now being cleared for agriculture. While fires are common in the dry season, according to climate scientists, this one is far from the norm.

In the first 9 months of 2019, there were 74,000 fires, with images from space showing the smoke covering much of Brazil. According to the nonprofit Rainforest Alliance, the Amazon is one of many forests around the world that are under assault—and each year, an additional 32 million acres are wrecked because of the expansion of agriculture.

“The tropical rainforest is important in creating a balance in the world’s temperature and carbon dioxide,” Roberts-Semple said. “It is a large sink for carbon emissions and a buffer against global warming. The rainforest does not regenerate quickly; it burns in hours but takes many years to replenish. That disruption is problematic.”

Deforestation may also wreak havoc in regional precipitation patterns, and it has been linked to drought in Brazil’s southeast. In addition to rising temperatures and droughts, which contribute to the death of trees in the forest, concocting a cycle that may lead to further destruction. Places like Sao Paulo, 1,700 miles away, have inhaled some of the burning forest’s smoke. Images show the sky pitch-black, making it difficult for residents to breathe.

Under Brazil’s President Jair Bolsonaro’s administration, there has been an astounding increase in deforestation rates this year alone. Bolsonaro blames advocacy groups of starting the fires to damage his presidency although he vowed in January to develop the Amazon region for farming and mining. Individuals and companies continue to profit from desolating and exploiting natural resources and authorities are limited in their capacities to track and hold those culpable. Since his election, President Bolsonaro has cut the budget of the nation’s environmental enforcement agency by $23 million and it has been reported that Bolsonaro’s promises may have threatened ranchers, loggers, and farmers to seize hold of the rainforest.

Roberts-Semple suggests that awareness is imperative as a first step in combating climate change. For instance, reducing greenhouse gas emissions through public transportation or riding a bike rather than driving a car. Other initiatives such as advocating for bike lanes in local communities; conserving electricity by turning off electronic appliances when not in use; carpooling; and using green are unpretentious ways in which citizens can save the planet from further devastation.

“We should elect officials who support energy conservation and other efforts to combat climate change,” Roberts-Semple said. “We contribute to the problem when we don’t hold elected officials accountable for their blatant disregard for research. They need to read, observe and understand the facts.”

If President Bolsonaro and leaders around the world including President Donald Trump, do not retreat from the course they are on, researchers warn us that the Amazonian fires could burn out of control. Then, it will be a catastrophic “tipping point” that will alter the world’s ecosystems. Without definitive and permanent changes in policies in Brazil and other parts of the world, there may be irreparable harm because the worst fires are yet to come.