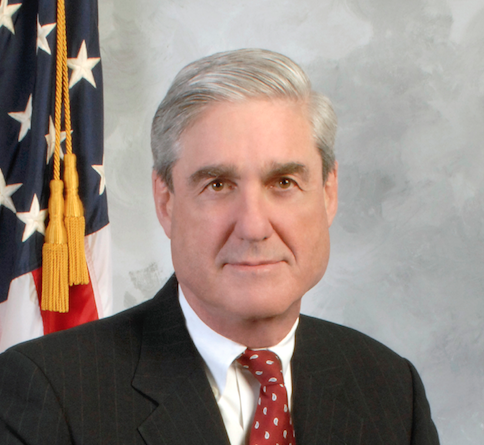 On March 22, the Department of Justice announced Special Counsel Robert Mueller wrapped up his probe into Russian interference in the 2016 Presidential election after a 22-month investigation involving 37 charges against defendants, seven guilty pleas and one conviction.

Following the release of the report, it was noted that there were going to be no more indictments coming from Mueller. The report has stated that Mueller went on to submit a confidential report to Attorney General William Barr.

The report entailed the decision from Mueller’s team whether or not to prosecute those who were investigated Baee noted.

“Yes, the investigation was worth it, because it is an absolutely vital that the American people knew what took place, which is, am outside country dis meddle in the Presidential election,” said Junis Warren, adjunct assistant professor of behavioral sciences. “However, the Mueller report did not get the sunlight it should because of AG Barr’s protection of Trump.”

The redacted 448-page report concluded that there was no possible sign of Russian interference into the 2016 U.S. Presidential Election, though details were provided that supports the claim that Trump sought efforts to have Russia influence into his campaign.

Even though President Trump is “cleared” from one part of the investigation, that leaves the question open on whether he obstructed justice or not. Multiple reports claim that Trump requested his aides to carry out orders, which would have been able to obstruct the investigation. His efforts into doing so were unsuccessful.

Mueller also stated that he had accepted the DOJ’s opinion that a sitting President cannot be indicted.

“The President’s efforts to influence the investigation were mostly unsuccessful, but that is largely because the persons who surrounded the President declined to carry out orders or accede to his requests,” Mueller said.

On March 24th, Barr released a four-page summary overseeing the full report. The summary has left many confused. What justice is served to the public out of just 4 pages?

That is not the full truth. As citizens, we demand the full truth. He then testified in front of Congress on May 1 defending the way he oversaw the release of the report. Claiming the report, to lawmakers was “his baby”.

If that’s the case, why not do your job the proper way with your “baby” and serve the justice the public deserves.

Barr’s four-paged summary was a cover up from the real truth that the American people deserve to hear. Due to the fact that Barr did reach his own conclusion on whether Trump obstructed justice or not, because Robert Mueller did not. Barr had quoted Mueller stating “his report does not conclude that the President committed a crime, it also does not exonerate him.”

America seems to be split on whether Barr’s conclusion was suitable or not. According to a

Washington Post–Schar School poll, 39 percent believe that Barr’s decision was fitting, while on the other hand 41 percent said that it was not a proper made conclusion.

“A.G. Barr lied to Congress and the American people to protect President Trump, Warren said. “Before he became the AG, he advocated for the position by writing a review stating that the President is actually beyond the realm of the lay and can’t be held accountable. Therefore, he was advertising his position before he took the office.

Congress is refusing to take Barr’s answers lightly. Chairman Jerrold Nadler of the House Judiciary Committee had issued a subpoena for the full unreacted of the Mueller report.

“It now falls to Congress to determine the full scope of that alleged misconduct and to decide what steps we must take going forward,” Nadler said.

Due to the fact that Mueller did not come to the conclusion of obstruction against Trump, or exonerate him, he is leaving all of the questions up to Congress themselves. The total reported cost of the Mueller Investigation is between $32 million and $35 million of taxpayer money.

The American people NEED to hear from Mueller – directly, that is a full statement.

The public and Congress has been misled by William Barr. The job of the Attorney General is to serve the American people, not to be the President’s personal lawyer. Barr should be stripped from his title of Attorney General. The House Judiciary Committee has now voted, 24 to 16, to hold Barr in contempt.

“The Democrats needs to find their spine and demand the full un-unredacted report as it was intended to be,” Warren said. “If this is left the way it is, the Democrats will pay a price at the polls.”

Barr deserves to be held in contempt. His actions as Attorney General are labelled as disgraceful towards our democracy. We are a country that is in power of the people who we deserve should be there, to serve us justice. To speak for the American people, to be the heart of our legal system.

Barr told a bald-faced lie in front of Congress, which only presses the point that no one is above the law. He did something no man should ever be allowed to do for any president, he effectively said that the president of the United States is above the law. William Barr has settled his own table for his resignation.