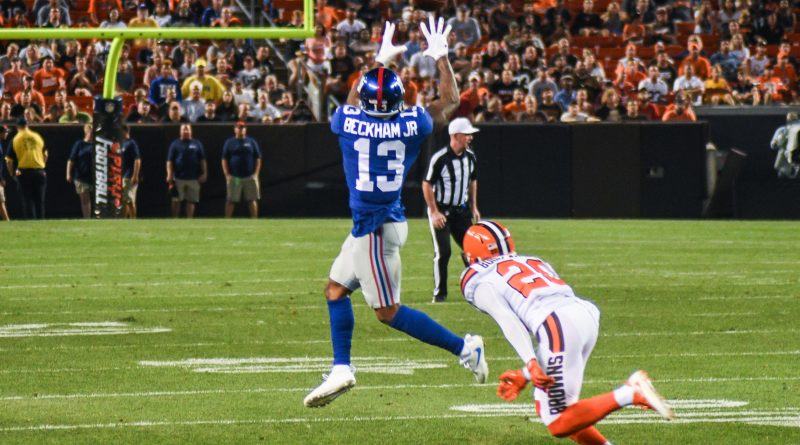 On Tuesday March 12, the general manager decided to shock New York and the NFL world by trading star receiver Odell Beckham Jr. to the Cleveland Browns.

What was the return you ask? First and third-round picks in this April’s draft and safety Jabrill Peppers. More simply, a bag of chips for the best receiver the franchise has ever had.

Giants fans everywhere (myself included) couldn’t comprehend the move. We’re almost seven months removed from the star signing his 5-year contract extension, cementing him to be the cornerstone of the NY Giants. We go through another rocky season after being ensured the team was built for a playoff run, filled with losing and OBJ narratives that never ended. Through it all, Gettleman ensured the receiver wasn’t going anywhere. He even reiterated in the past months, as recent as Feb. 27, that Beckham will not be going anywhere despite recent trade rumors.

“We didn’t sign Odell to trade him,” Gettleman said at the NFL Scouting Combine. “That’s all I need to say about that.”

Pick a side Gettleman. Can we at least have some clarity on what’s going on?

Alright fine, enough whining from me (not really). So let’s get a sense of what’s going on here.

Trading your star receiver along with pro bowl defensive end Olivier Vernon for draft picks and young players under contract would signify you’re tearing everything down and planning strictly for the future.

Also, don’t forget that defensive tackle Damon Harrison and cornerback Eli Apple were traded away last season for future picks. Landon Collins was allowed to walk away for nothing in free agency after Giants decided not to franchise tag the safety.

If that’s the case, fine. So be it. But why keep Eli Manning on the roster for another losing season? Cutting him would save the team $17 million this season.

Maybe Gettleman still wants to follow the “Kansas City Model” he supported weeks ago, alluding to drafting a young quarterback like Patrick Mahomes and having him sit and learn behind a seasoned veteran for a year. But we already learned earlier that this general manager is quick to change is mind on things, so who knows.

Why trade OBJ then sign Golden Tate to a 4-year, $37.5 million deal with $23 million guaranteed? A team looking towards the future signing a player to a multi-year deal who turns 31 before the season starts doesn’t sound ideal. Especially when you had a 26-year-old superstar under contract for the next five years.

What possible explanation could there be for signing 34-year-old safety Antoine Bethea to a two-year deal when there was an opportunity to sign or franchise tag Landon Collins?

It looks like Gettleman wants to find a way to win while rebuilding. Someone should knock his door down and quickly remind him he isn’t with the New York Yankees. They’re the only team in town that can successfully win games while going through a roster overhaul. Kudos Brian Cashman.

I’m not sure if much worse could happen this offseason. Only thing I could think of would be to pass on both Kyler Murray and Dwayne Haskins in the draft. It is a defense-heavy draft but not drafting any of those prospects will send New York in deep misery.