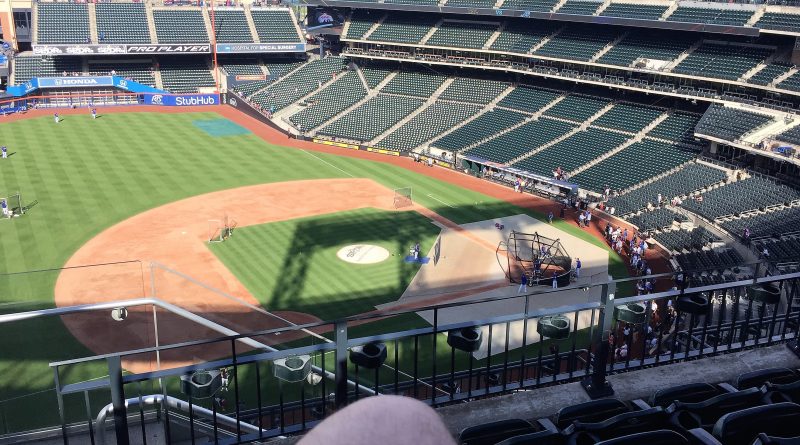 Following the conclusion of the world series, the New York Mets signed Brodie Van Wagenen as their newest general manager. He will be in charge of trades and free agent signings with the team, as well as other prospect and player development.

But not everyone is excited about him being named the GM. Not because he isn’t a good fit, but because of his previous position.

Here’s where the problem lies, there’s a huge conflict of interest with the Mets signing Van Wagenen as their GM. In fact, it’s kind of surprising that someone from Major League Baseball didn’t step in and say that the Mets couldn’t sign him.

This happens often, not just in sports. Some sort of a controversy begins and someone steps in saying it creates a monopoly or gives someone an unfair advantage. Well this is pretty much what’s going on here.

Remember back in 2008 when Jay-Z created Roc Nation? Five years later, he created a subdivision called Roc Nation Sports which served as a sports agency. This was considered a huge conflict of interest because, at the time, Jay-Z owned a portion of the Brooklyn Nets.

Theoretically, he could have done all sorts of deals that normally wouldn’t be allowed since he would have served as both the agent and in charge of offering contracts. As a result, in order to stay as a basketball agent, he was forced to sell his portion of the Nets.

This is a similar situation, but the other way around. Until Van Wagenen became the Mets GM, not only was he an agent, but he was also the co-head of the baseball division of one of the largest agencies, Creative Arts Agency, which is actually partnered with Roc Nation Sports.

Of course, Van Wagenen was forced to relinquish his position with CAA in order to take on the role of GM, but the controversy is still there because of his clients. Most of his best clients are currently on the Mets, meaning that he is now in charge of trading and extending the contracts of players he worked so hard to get big contracts.

For example, in November 2016, he negotiated a four-year $110 million contract for Mets outfielder Yoenis Cespedes. The deal broke the record for highest average salary for an outfielder in MLB history and the largest in Mets history. It seemed great at the time, but the contract can come back to haunt him because Cespedes still has two years and lots of money left on his deal.

It’s possible that there will be a time where Van Wagenen is unable to sign a big free agent because of the deal he asked for. He went above and beyond to make sure the previous Mets GM paid as much as possible for Cespedes, and now Van Wagenen is the one left stuck with the contract.

Cespedes wasn’t the only Mets player who Van Wagenen represented. Jacob deGrom, Tim Tebow, and Noah Syndergaard were his clients as well. deGrom is a star, possibly the best pitcher in baseball right now, and a few months ago, Van Wagenen made it clear that deGrom should be treated like one.

In July, Van Wagenen said that the Mets need to either trade deGrom or sign him to a long term extension. Many fans loved the idea of keeping deGrom for many more years but also felt threatened by the comments.

“Jacob understands this is an environment where they may be better off moving him to accomplish their long-term plan,” he said.

As an agent, Van Wagenen had no control over whether or not the Mets traded or extended deGrom, just how much deGrom would make. Now, as the GM, fans are suggesting that he needs to put his money where his mouth is and actually do something about deGrom.

He spent weeks criticising the Mets and their lack of action with deGrom and now is in the position to actually do something. But this is where another conflict of interest comes into play. Will it be the GM part of him making the decision or the agent part. Will his previous relationship with deGrom play a role in how much deGrom gets in an extension or whether or not he gets traded?

Will he do what the previous GM did? Will he go back on his word and demands and simply do nothing? The role of GM has a lot of tasks and responsibilities, but many of the ones Van Wagenen will be doing is directly involving someone that he’s worked with for years. Not only did he work with these players and build relationships with them, he was trying to get as much money as he can out of the Mets which will also only hurt the amount of money that he has to work with.

Bob Nightengale called it one of the weirdest signings in MLB history. He mentioned how Van Wagenen has never worked in a front office and that he is essentially a traitor leaving behind many of his clients to try to sign them for as little as possible.

The GM meetings began during the first week of November, and Van Wagenen began his journey as the Mets GM trying to quickly get accustomed to his new life in the organisation.