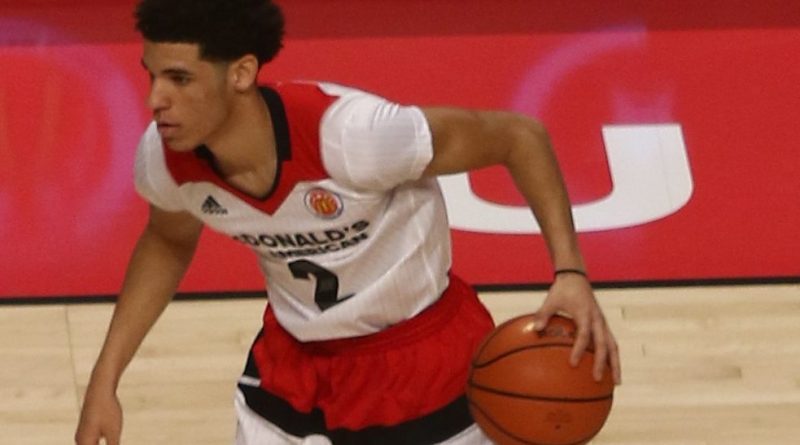 The sneaker business has always been pricey, but former UCLA Point Guard and NBA draft prospect Lonzo Ball raised the bar. The newly revealed The ZO2 Prime is the first signature sneaker under the self-made Big Baller Brand created by the Ball Family. Already the Ball family has been charging 50 dollars for just their signature shirts on their website BigBallerBrand.com. Now the Ball family are charging almost 500 dollars for a pair of the ZO2 Prime.

Lonzo Ball’s father, Lavar Ball has been outspoken about how talented his son is and has been responsible for the mainstream attention Lonzo has had off the basketball court. Lavar  has been on record in interviews saying comments like “He’s(Lonzo) is better than Steph Curry to me, put Steph Curry on UCLA and put my son on Golden State and see what happens.”  As NBA fans and athletes remain critical about the price for the ZO2 Prime, Lavar would respond on Twitter saying quote “If you can’t afford the ZO2’s you’re not a Big Baller!” Lavar would also go on ESPN radio show The Dan Le Batard Show and say “When you are your own owner you can come up with any price that you want.” NBA Hall of Famer Shaquille O’ Neal critical of the expensive price for the ZO2 Prime, would recently respond by tweeting Lavar saying “Real big baller brands don’t overcharge kids for shoes.”

Being independent wasn’t a first option for Lonzo and Lavar Ball. ESPN reporter Darren Rovell would report that Lavar tried meeting with the three top sneaker companies Adidas, Nike and Under Armour, to “license his upstart Big Baller Brand from him” and was unsuccessful. All three companies would back away from negotiates with Lonzo Ball for a sneaker deal.  Rovell would say “Never in the history of modern-day shoe endorsements have the big companies all stepped away from a potential top pick nearly two months before the NBA draft.” Many sports fans would critic Lavar for costing Lonzo a potential big money contract with 3 of the top sneaker companies. Now with no backing by the 3 top sneaker companies, Lavar would use the Big Baller Brand and endorse Lonzo sneaker.

The ZO2 Prime standard price for 8 to 13.5 is $495, but for sizes 14 to 15 the price increases to $695. With the reveal of the ZO2 Prime, there is also a limited edition version of the sneaker with an autograph from Lonzo and in a clear case with LED lights for the retail price of $995. Like the regular ZO2 Prime, the price increase for the 14 to 15 sizes for $1,195. Lavar on the Fox Sports 1 show Undisputed with Skip Bayless and Shannon Sharpe, would say that over 495 sneakers have been sold. The sneakers have yet to be released and the purchases are preorders. Reports from Kicksonfire.com says that the sneakers are expected to begin shipping by November 24, 2017. As of now, Lonzo is projected to be a top five draft pick for the 2017 NBA Draft.