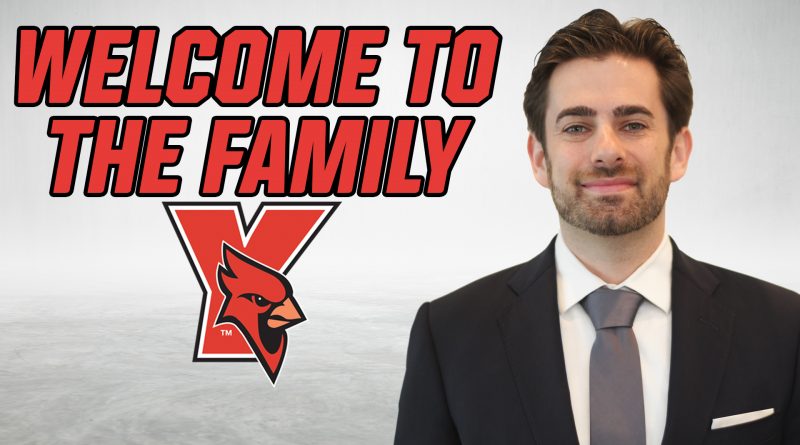 Denee’ Barracato, director of athletics and recreation, appointed Rappel to the vacated position on April 8 after conducting an extensive nationwide search.

“Harris clearly has an outstanding administrative, compliance and sports information background, and I was confident he would help lead our department towards success,” Barracato said. “I believed he would have an immediate impact not only administratively, but externally through the engagement of our campus community through our social media platforms and websites because of his 13 years of previous experience in SUNY Old Westbury.”

Rappel joins the York athletic department staff after 13 years at the State University of New York (SUNY) Old Westbury. During his stint with the school, he’s worked as a compliance officer, sports information director, assistant director of athletics and scheduling coordinator.

His new role at York will be to oversee communications and scheduling for all sports teams. Rappel spoke about his opportunity at York and what attracted him to the community.

“Being able to get an opportunity to broadcast to over 8,000 current students and an alumni base of over 50,000,” Rappel said. “[York] has a great faculty and staff environment.

The Long Beach, Queens native will also serve in a leadership role for student athletes at the school.

“It’s all about contributing to the student-athlete experience,” he said. “I look to make an immediate impact by promoting York’s successes on the field of play, in the classroom and in the community.

Rappel received his bachelor’s degree in business management and entrepreneurial studies at the University at Hartford. During his time at the university, he noted that he developed a joy for building a career in higher education.

Being part of a campus is a huge takeaway from his undergrad years and the opportunity to give back what he’s learned is high on his priority list.

“When I went away for school, being part of a campus was a great experience,” Rappel said. “Now to be able to actually teach our student-athletes and student workers, that’s an area where I really get a chance to give back.”

At his time at SUNY Old Westbury, Rappel was able to put together a respectable list of accomplishments in those 13 years.

“I have been fortunate to contribute to the development of student-athletes and students throughout my career,” he said. “Celebrating championships, All-America selections and Major League Baseball draft picks during my time in this industry come to mind, but I’m most proud of being able to provide students with real-work experience to develop them into being productive members of society. Aside from that, garnering coverage from ESPN and Sports Illustrated were also major accomplishments.”

Rappel doesn’t plan to waste any time upon arrival. He’s already started brainstorming ideas to enhance the athletic department to increase awareness in and out of the York community.

With his experience of growing a social media presence and getting coverage from top publications at SUNY Old Westbury, Rappel wants to bring that success with his tenure at York.

“Visibility is a short and long term goal here at York,” he said. “This past year I implemented video streaming. We were shooting high definition with all of our campus sports. Whether it’s using a 4K camera indoors or rigging a GoPro camera to the backstop outdoors for softball, it’s all about making it happen. Making sure we share as much information with people as possible.”