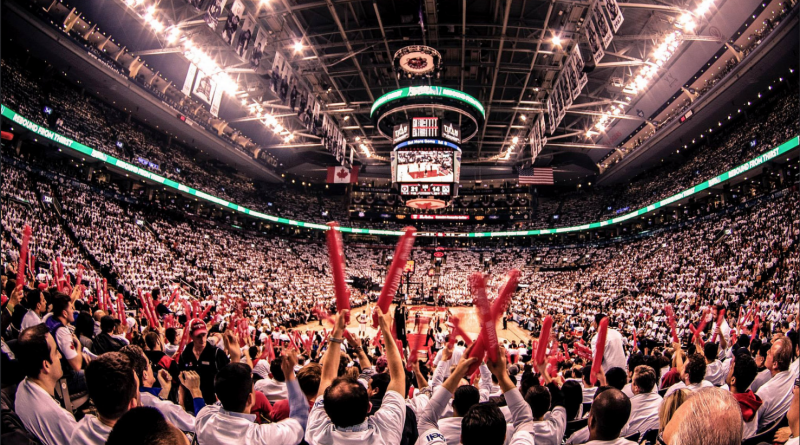 When the NBA playoffs began, it seemed like the matchups where going to make for an interesting first round. I even predicted that no team would get the broom (not win a single game). Boy was I wrong.

Round one was filled with a lot of questions about teams and players in the eastern and western conference. Starting with the Pacers and Cavaliers match up, the Pacers were swept by LeBron, who is considered one of the greatest players to touch a basketball, and the Cavaliers, in what most will say, is a one sided series.

Now in round 2, LeBron and his squad of players faced the Raptors, who barely got past the Bucks in round one, and seem to be doing worse than the Pacers. The Raptors star players, Demar DeRozan and Kyle Lowry, seemed not be able to combat the powerful force of the Cavs.

Demar is averaging 22 ppg while Kyle Lowry is only averaging 15 ppg; which is seven points less than his season average. The team’s defensive has severely slacked off allowing the majority of the Cavs players to do whatever they want offensively. With the Cavaliers being up 3-0, I wait with anticipation to witness if the Raptors can win a game and see how the Cavs will hold up in the Eastern Conference finals.

In the west, the almighty Golden State Warriors, whose roster would make any team in NBA history shake in their jerseys, are also destroying their opposition. They took out their brooms and swept up the Trailblazers like they were dust bunnies.

The Trailblazers fought a good fight with Damian Lillard averaging 27 ppg and his partner in crime CJ averaging 22 ppg. All their efforts just weren’t enough to challenge the Warriors even though they (the Warriors) lost KD due to a minor injury.

With Steph draining threes with ease, Klay acting like mid-range shots is a lay-up, and Draymond shutting down almost all who attempts to challenge his defense, the Trailblazers had no answer to his gameplay.

Now let’s get to round 2 against Gordon Hayward and the Utah Jazz, who can’t seem to find their groove. The Jazz is a team filled with young talent with only a couple players on the roster having playoff experience such as Joe Johnson, who played a big part in the clutch getting past the Clippers in round one. But against the warriors they aren’t able to match up.

Their defense isn’t stopping anyone on the Warriors allowing even the bench players to put up good points, their rebounding has decreased with their center (Rudy Gobert) playing with a minor injury, and their offense is diminished with Draymond and JaVale McGee protecting the paint from all shots. Warriors are up 2-0 and wonder if the Jazz will find their rhythm and win a game. As the playoffs continue, we’ll see if the Warriors can maintain all the juiciness that they have now.