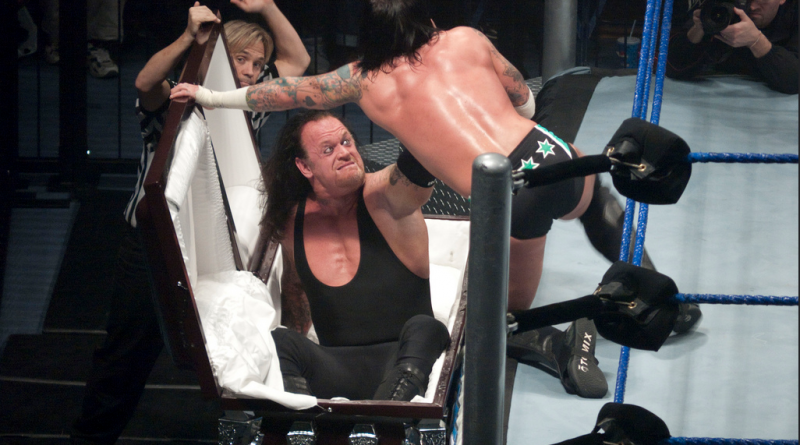 Mark Calaway, better known as The Undertaker, was born on March 24th, 1965. He is a retired professional wrestler and is best known for his work in the World Wrestling Entertainment when Calaway debuted for the company back in 1990. “The Undertaker” is known for his mystique and intimidating look. His nickname, The Dead Man, has a unique meaning which is complimented by his offensive move-set such as the deadly signature Tombstone piledriver and Last Ride. The Undertaker is also known for his spine chilling promos prior to his matches. These are some of the many things that wrestling fans love about The Undertaker and will remember past his retirement.

Anthony Negron, 31, and a wrestling fan since he was ten years old, says that The Undertaker is his favorite wrestler. When asked about what he thought The Undertaker meant to professional wrestling he said “He represents the entire WWE, he represents what the business should be. It is a huge loss but the impact that he has had on wrestling will be everlasting”

Many consider The Undertaker to be a timeless leader within the WWE locker room.

“There may be leaders or people who represent the WWE but he has been there for generations, I am sure that there will be more leaders as time goes on but there will never be someone exactly like him,” says Negron.

Lucas Cocucci, 38, and wrestling fan for 25 years, believes that The Undertaker putting over Roman Reigns was the best choice for the future.

“I am not the world’s biggest Roman Reigns fan, but in a business sense it was the best choice,” says Cucuccyo.

Even though The Undertaker was already beaten at Wrestlemania, for him to put over Roman Reigns on a big stage says a lot about Roman Reigns and how much potential he brings as a WWE talent.

“Roman Reigns is the future, for many years The Undertaker claimed that the ring was his yard, as much as I don’t like to say it, it is quite possibly now Roman’s,” says Cuccuyo.

The Undertaker retiring is one of the most memorable and saddest moments for wrestling fans. “He has left a legacy behind for us fans to remember, he deserves all the best,” said Negron when asked about what The Undertaker leaves behind as a mark.

“It was the single most grueling and saddest moment I have seen on television,” says Cuccuyo on how he felt the exact moment he watched The Undertaker retire on television.

In this years Wrestlemania The Undertaker took off his gloves, hat and signature trench coat as a sign that he was going to retire. Just like his theme song once said, the dead man is now walking.