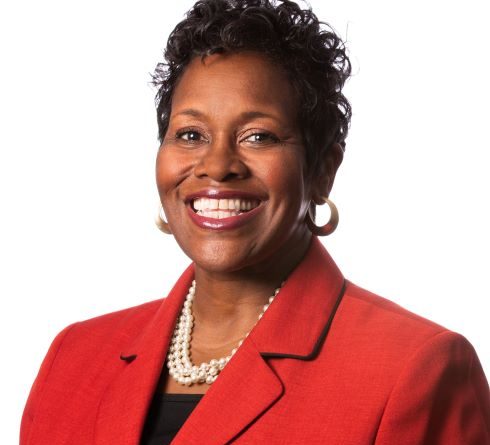 After serving one year in an interim capacity, Berenecea Johnson-Eanes was appointed as the seventh official president in the history of York College by CUNY Chancellor Felix V. Matos Rodriguez over the summer break.

President Eanes sat for a one-hour radio interview with YCRadio’s YC on Purpose special edition segment on Sept. 14 to allow the campus community some insight into herself, her experience with York and her vision. The topics of discussion included Black Lives Matter, a Campus Consortium and a campus reopening plan among several others.

When it came to touchy subjects, she advised the host never to shy away from asking leaders in President Eanes position about anything.

“There is no such thing as being in a job I am in and being ‘put on the spot’…that’s part of it,” Eanes said. “To lead.”

The protests, projects, and plans could take a few more articles to dissect. Nonetheless, Eanes’ candor and consistent transparency gave hope for both the semester ahead and an Alma Mater worth returning to. In brief, Eanes considers equity, diversity, and inclusion pinnacles to the success and identity of York and the families those students represent.

She considers her life a protest in itself on the issue of Black Lives Matter, being an African American female and representing a University in the position of president. On the subject of reopening in the spring, Eanes said that York College is dealing with the pandemic one semester at a time.

“If you don’t have what you need to serve the students just let us know,” said Eanes. “That’s what we need to know. How do we still help every student achieve their individual goal? Don’t let COVID isolate you, don’t let it stop you. It’s very difficult to get unstuck.We still have a plan. Even though we’re in a crisis we still have a plan.”

York’s new president has pushed for the continuation of campus construction projects, including gender neutral bathrooms, escalators and elevator renovations for the disabled and an improved cafeteria space.

“I do not want this to be an excuse for people to give you [the students] ‘less than,’ just because they don’t see you everyday,” said Eanes.

During her interim year, Eanes went to great lengths to get the pulse of the York College community and to find out what students, staff and faculty wanted changed for the better.

Among her main goals as she described them, are to be very visible and to listen.

Eanes, who served as the VP for Student Affairs at John Jay College from 2006-2012,  said she understands the current strain on parents and students having sent her own children to school masks on. And while she has had to struggle with the pandemic hitting a little more than midway through her first year on the job, Eanes prefers to think of the situation as evolving from, “COVID crisis to COVID management.”

She added that one of her greatest challenges has been allocating time to address the myriad problems at York with equal energy and dedication.

Another profound challenge she mentioned was trying to retain, “the fun,” in the York community across digital platforms.

“Doing fun things virtually, which I think we still have a little bit of work to do at York,  it’s not easy, but you have to keep on finding a way,” said Eanes.

Administrators at York urge students and faculty to check out the “Save the Date” page on the York website. Students, faculty, and alumni are doing to try to maintain some sense of normalcy while the campus is all but sealed off to most of York’s personnel and student body.

The president left YCRadio with a message of encouragement to the York community, stressing the importance of self-care and generally practicing good health.

“What I would say is I really want people to take good care of themselves,” said Eanes. “One of the things that we can do that I think will be the most empowering is to stay healthy. And I mean do it in a very aggressive way. I want people to be like they’re healthy, they’re intelligent, they’re powerful, and they’re dedicated!”