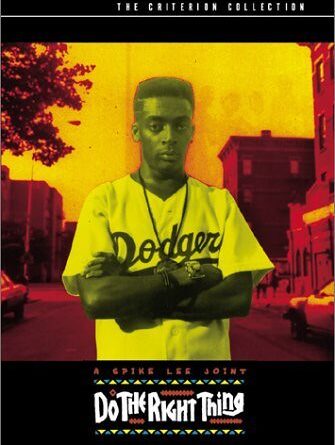 Do the Right Thing is arguably the magnum opus of Spike Lee’s career as a filmmaker and deserves to be revisited. It’s unique indie style, impeccable dialogue, and honest take of the racial tension in America still resonates today. If you’re a fan of his most recent work, this film is worth going back and seeing what kickstarted his celebrated career.

This film brought us back one of the greatest comedians of all time, Eddie Murphy, who has brought us classics like Beverly Hills Cop and Coming to America. This biographical comedy is about the outrageous story of Ruby Ray Moore and how he created his signature character, Dolemite. Murphy does a masterful job of bringing to life both the person and persona of Dolemite. This movie has a stellar cast, which includes Wesley Snipes, Kegan Michael-Key, and Da’Vine Joy Randolph. It’s a great film to check out before Coming 2 America drops on March 5.

This is arguably Michael B. Jordan’s most captivating performance of his career to date and also the directorial debut of Ryan Coolger who has directed Creed and Black Panther. Fruitvale Station recounts the true story of Oscar Grant III’s death, who was shot while in handcuffs on a BART station platform in Oakland by BART Police on New Year’s Day in 2009. Jordan’s performance is prolific. He brings respect and care to the real man he portrays, a man, a father, and a son wrongfully murdered because of the color of his skin.

With the unfortunate passing of Chadwick Boseman this past year, Ma Rainey’s Black Bottom was his final major film. Alongside the magnificent Viola Davis, the duo gives an unforgettable performance in August Wilson play adaptation. The film truly showcases the talents of Boseman in his final days, giving us his final farewell. A true master at his craft, he will surely be missed.

Based on the real events that occurred on Feb. 25, 1964, this film explores the complex friendship of these four power house figures of the civil rights era. The film pulls back the curtain and gives us an inside look of the internal struggle they faced as icons of American culture. It makes you wonder what would have happened if this never occurred. The sheer raw talent on screen is what carries this film; it is so simple but so powerful.

Pixar’s most recent film, Soul is just a marvel to look at cinematically and is an absolutely gorgeous film. Pixar pulls off the most accurate animation models of black people anyone has seen. This is a jaw dropping experience coupled with outstanding writing and vocal performances, while tackling deep subject matter about the meaning of life and the true value of humanity. Pixar has out done themselves and manages to continue blowing our minds with each film they produce.

This brilliant coming of age story focuses on Chiron and his journey into manhood. Director Barry Jenkins, tells a gripping story that explores complex topics such as Black masculinity, vulnerability, and sexual identity. This is a beautifully shot film that deserves all the praise for its cinematography and screenplay writing. It managed to win the Academy Award for Best Picture, Best Writing, and Best Supporting Actor in 2017.

Coming off the massive critical and commercial successes that was Get Out, Jordan Peele delivers again with another mind-bending horror thriller. He continues to show everyone that he is not a one hit wonder with this film. Just like Get Out, Peele continues to challenge the viewer with his complex themes and metaphors. He is one of the few directors that succeeds in pushing the envelope when it comes to the horror genre.

13th takes a hard look at our justice system and exposes the malicious issues of mass incarceration that continue to plague minority communities across the U.S. Director Ava Duvernay paints a disturbing picture of the 13th amendment in our constitution, making the argument that it serves as an extension of slavery. It is one of the most powerful and educational documentaries in the last decade, and it is a crucial piece of Black History.

After many prominent documentaries have been released over the years, Judas the Black Messiah is the first ever Hollywood biographical feature focused on the Black Panther Party. This is a story that has been long overdue, and from the looks of the cast and production the film does look promising.