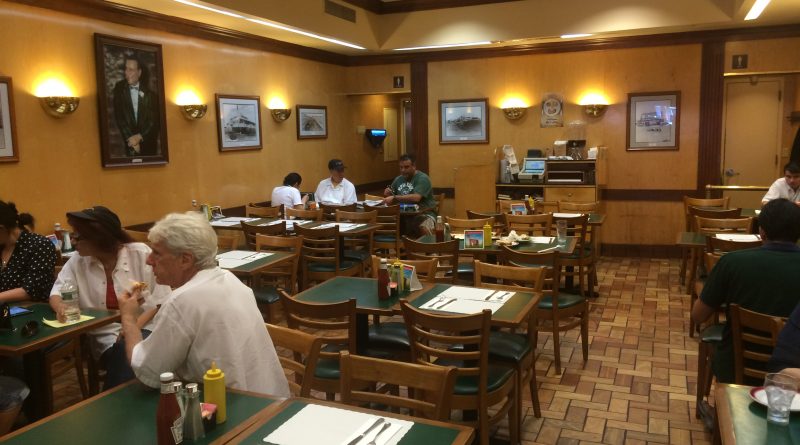 New York has become a hotspot for film and TV production. Although Times Square and other major New York attractions are iconic scenes in many movies, local shops and restaurants in Queens have been getting their 15 minutes of fame in big movies and television series as well.

Ben’s Best Deli in Rego Park, Queens is the latest New York location to be in a major studio feature film. The restaurant and catering business was seen in the movie The Comedian starring Robert De Niro. Owner Jay Parker says although it was exciting having a film crew in the restaurant, it was also hard work.

“We shut down for two days,” said Parker. “The crew bought out the restaurant and we filmed for two 16-hour days. There was no kidding around.”

Well known locales are not the only reason major film companies choose NYC as the backdrop to their films. The Made-in-New York program offers advertising and marketing incentives. There is also a state film incentive program, which has been extended through 2019.

The Comedian tells the story of an aging stand-up comic Jackie Burke (Robert De Niro). Despite his efforts to reinvent himself and his insult driven brand of comedy, his audience only recognizes him as the former television star he played.

In the movie that debuted in December, Jay Parker the deli owner plays himself. His partner for the film is the star Danny DeVito, who plays Burke’s younger brother.

Parker said his acting had to be top-notch to keep up with De Niro and DeVito.

“In the movie, Robert De Niro’s character comes into the deli to ask for money,” said Parker. “De Niro comes in and De Vito says to me, ‘hey Jay where is my big time brother.’ I walk into the scene. I give him a wave and a big deli smirk and say ‘hey’ and that ends my illustrious acting career.”

Parker is no stranger to film crews. He was also featured on the show Diners, Drive-ins, and Dives back in 2011. Ben’s Best was highlighted for cooking up third-generation recipes for stuffed cabbage and kreplach. Parker says that whether a show or movie, “showbiz” people take their jobs very serious.

“We had to shoot everything five, six times until it was perfect,” said Parker. “It took two days to shoot an 8-minute segment, but it was a great experience.”

Since the movie’s début Parker has been asked for his autograph and picture from patrons.

“People recognized me for my nanosecond on the screen,” he said. “I’ve gotten applause, and people tell me all the time that I am a natural born actor.”