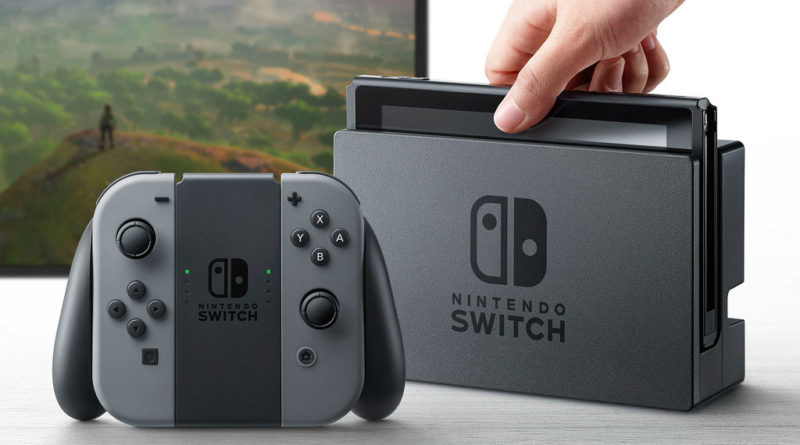 Nintendo is combining the mobility of an handheld with the power of a home gaming system in the campanies newest gadgt for gamers. Photo Credit: Flickr

Students who attend York College’s Game Room are buzzing about Nintendo’s upcoming console “Switch” which was unveiled in a commercial on Nintendo’s YouTube channel for a targeted March 2017 release date.

The commercial, uploaded on Oct. 20, garnered more than 20 million views in less than a month and is a first look at the unique concept of the Nintendo Switch.

Instead of being a stationary home console, the Nintendo Switch will double as a portable handheld game system with a unique removable screen. It can then be put onto a dock and connected to a TV for gamers to continue their gameplay without restarting the saved game memory. The controllers called “Joy Cons” create options for the player to enjoy the system for themselves or share the action among other players.

“It’s so revolutionary how you can take it on the go,” said Aeldy Thelusma, 22, a Health Science Major at York College who visits the Game Room often. “It’s the first system that is capable of that. I’m definitely going to buy it.”

The Game Room at York College, located at AC 1F20 is a place on campus where gamers can relax, socialize, and play tabletop games such as pool and air hockey. The current generation of video game systems are also available like the Sony’s PlayStation 4, Microsoft’s Xbox One and Nintendo’s Wii U.

The Wii U was Nintendo’s lowest selling console and is ending production soon according to Insider Gaming. Nintendo’s huge success with its Wii console provided innovative motion controls to their games. Although popular, hardcore gaming enthusiasts felt alienated by Nintendo with its family friendly games on the Wii U.

“I never bought a Wii U for myself,” said Shaevaun Morlis, a student assistant who works in the Game Room. “I always saw it mainly as a system that parents buy for their kids. The Switch has a new platform of games and I think how you can bring it [the Nintendo Switch] everywhere is a great idea.”

The new focus on a young adult demographic leaves many to wonder how Nintendo will price the console.

“It seems to me that Nintendo will price it around 250 dollars because they want to find a balance of cheap and good quality, and they have to make up for the failure of the Wii U,” said George Espinoza, 21, a Marketing major at York College.

The Switch, being a portable console, could lead to new levels of interactivity and friendship among students at school who own one.

“It could be like Pokemon Go where everyone had it with them and talked to each other near gyms,” said Espinoza. “Why couldn’t it be the same way for the Switch?”

Espinoza owns a Wii U and hopes Nintendo allows owners to be treated fairly after many of the standout games like Splatoon and Mario Kart are returning to Switch.

“I hope they have a way where I could transfer my Wii U games instead of having to buy them again on the Switch,” he said. “I think it is good for the people who never had the chance to play those games because of the Wii U’s sales.”

Other concerns of the Switch involve the consistent issues with portable Iphone and Samsung products with durability.

“My main concern is about the battery life,” said Espinoza. “Some outlets are guessing around 3 hours. It defeats the purpose of bring it anywhere if you have to plug it back up nonstop.”
Nintendo has withheld most of the information about the Switch to only one commercial and a press release. They plan to release more details in a livestream event that will held on Jan. 12. A list of third-party developers who are working with Nintendo has also been released.

“It seems like Nintendo is going back to their roots and bringing back third parties,” said Espinoza. “It was one of the Wii U’s biggest struggles. Now players who only own a Nintendo system will get to play diverse games like realistic sports games.”
For York students who may not have the money to buy the Switch when it comes out, they might have the chance to try it for the first time at the Game Room.

“We work with student government and the student activity fee funds the Game Room,” said Morelis. “If enough students demand it, I put in orders for certain systems. If enough people want it, I will definitely order a Switch for the Game Room before the semester deadline. Even though it’s portable, people won’t have to worry about it getting stolen because of our security camera.”