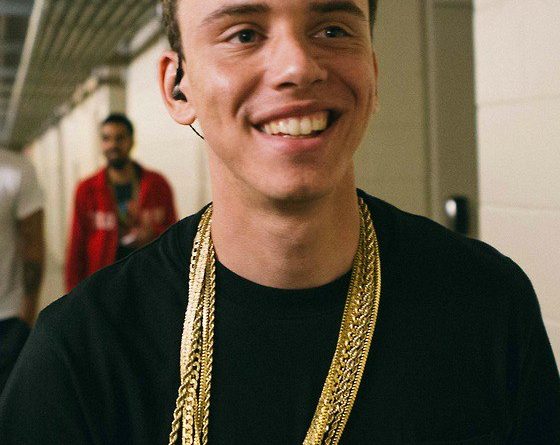 Maryland born rapper Logic’s newest project is not for everybody as he transforms into his alter ego Bobby Tarantino for his newest sequel mixtape.

Bobby Tarantino II is Logic’s first project after he released his breakout album Everybody, which included his highest charting single to date, 1-800-273-8255— a conceptual song about a suicidal teen who calls the National Suicide Prevention Hotline. Logic came from the underground as a skilled lyricist and reached stardom as a rapper with a message.
He even gave rousing speech at the VMAs and Grammys about equality, no matter your gender, race or sexual orientation. This was a focal point of the album that resonated with fans and allowed him to reach new mainstream heights. Bobby Tarantino II however, should not be typecast or pigeonholed into a singular style, as he goes for a fun, melodic, playful sound on this mixtape.
The introduction is a skit with Rick and Morty from the titular Adult Swim series which Logic guest starred in. Morty wants to play Logic on their spaceship and Rick questions whether he wants to play Mixtape Logic or Album Logic because he is not in the mood to hear a whole message about “how can I be whatever I want” and would rather hear an ignorant club record to ‘turn up’ to.

He tells Morty to meet him in the middle and play some Bobby Tarantino, and the mixtape begins its first song Overnight. I thought this was a hilarious start to the album and it set the mood for exactly what project Logic wanted to make.
This is a mixtape that may not be as deep as his album music, but it is enjoyable music with catchy bars, smooth flows and banging beats. Logic is not battling the beats with intense flows on this album on tracks such as Overnight, Contra & BoomTrap Protocol, he is simply riding the production and using his voice as a melodic instrument. I had a great time listening to the smooth beats and hearing Logic glide effortlessly on them.
Yuck has the most hit potential from my first listen, and in the last verse, he morphs into lyrical attack mode and throws shots at one of his detractors, rumored to be upcoming rapper Joyner Lucas who accused the rapper of stealing his concept for 1-800-273-8255. To hear Logic effortlessly change styles and flows like a chameleon on this song is the most exhilarating moment on the album.
Indica Badu was a standout track due to the chemistry between Logic and Wiz Khalifa. Logic even attempts to do Wiz’s laugh and calls it iconic and its moments on that where you can tell he is genuinely having fun. Long fans of Logic may have criticisms about his more relaxed style of lyricism on this project, but on the song Warm It Up, he unleashed his third alter ego Young Sinatra with a hungrier delivery, insane flows and punchlines they might be hoping for.
Overall, the project reminded me of Drake’s 2015 mixtape, If You’re Reading This, It’s Too Late and fans of that mixtape will enjoy this. It’s a mixtape you can leave on at a party and you can play through while driving in your car without having to skip a track. The energy never slows down, and you can tell Logic isn’t out of his element but is simply diverse.
Shortly after the release of this mixtape, Logic announced a divorce with his wife, which shocked fans. This may or may not be his inspiration to create something more introspective and personal for his next album, but projects like Bobby Tarantino II prove when he’s just chilling and having fun, he’s still capable of making enjoyable music that matches that mood.