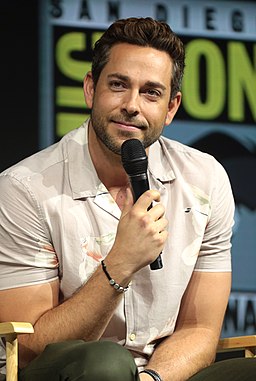 Directed by David Sandberg, who is best known for directing Lights Out, Shazam! stars Asher Angel as Billy Batson and Zachary Levi as Shazam.

The movie begins with little Thaddeus Sivana, later played by Mark Strong, arguing at night with his father and brother in their car. Along the way an ancient wizard, played by Djimon Hounsou,

summons Sivanna to the “Rock of Eternity” a magical sanctuary hidden in a parallel dimension.

We eventually learn that the wizard’s name is Shazam and he is the last surviving member of the Council of Seven Wizards. He appears to be very weak and is desperately searching for a “new champion” who is “pure of heart” because their previous champion became evil and unleashed the Seven Deadly Sins onto the world.

Sivana is tested by the wizard to prove his worthiness but quickly fails and is immediately sent back to earth.

We then meet Billy Batson, a fourteen-year-old foster kid, who seems to always find trouble and is set on finding his real birth mother. He has just been placed in a new foster home, managed by Victor and Rosa Vazquez along with five other kids. Billy becomes close to his new foster brother, Freddy Freeman, played by Jack Dylan Grazer. Billy protects Freddy, who is your typical superhero obsessed nerd, from some school bullies one day and is able to escape onto a nearby local train. Little does Billy know this train ride changes his life forever as Shazam summons him to the “Rock of Eternity” and deems him as his new champion.

Billy’s powers are activated when he calls out the word Shazam, which transforms him into an adult superhero. The wizard tells Billy of the huge responsibility that comes with these powers before he turns into dust.

Billy returns home (looking like Shazam) and tells Freddy of everything that happened. Freddy vows to help Billy discover and master his powers.

Billy however, is not the only one who has acquired powers. The Seven Deadly Sins have also found a new host and Billy needs to grow up fast because the fate of the world depends on him.

That’s a huge responsibility for a fourteen-year-old kid? Wouldn’t you agree?