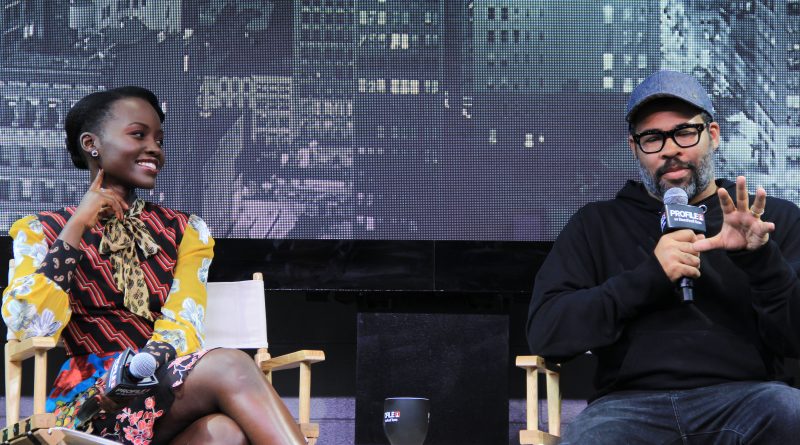 With all the makings of a horror and suspense thriller, Us is an intriguing and interesting film that leaves you with more questions than answers about Jordan Peele’s underlying message due to his unique use of metaphors.

Us is Peele’s second directorial film and hit theaters on March 22.

Jordan Peele made his directorial debut with his blockbuster film Get Out in 2017. It was an enormous success, that won Peele an Oscar for Best Original Screenplay and nominations for Best Director and Best Picture.

He debuted as a writer and producer in 2016, with Keanu and was nominated for his second Best Picture Academy award for BlackKklansman in 2019, which he also wrote and produced.

Us begins with the Wilson family returning to their family beachfront home. The mother, Adelaide (Lupita Nyong’o), becomes haunted by a traumatic experience from her childhood that causes her to become increasingly suspicious that something bad is about to happen.

Soon, her worries become a reality when four masked strangers descend upon their house forcing themselves inside and forcing the Wilson family to now fight for survival. When the strangers remove their masks, the family is surprised and terrified to find themselves face to face with their evil and mute doppelgangers.

According to Peele, the movie offers a terrifying vision of “Judgement Day.” He also makes a reference to the Bible verse, Jeremiah 11:11. The verse foreshadows the family’s fate and serves as their warning about the meeting of their doppelgangers. However, this warning does go unnoticed by the family.

In Us, Peele depicts humans and society as faithless, detached, superficial and self-absorbed. Us is a must watch. It has all the elements one looks for when watching a suspense thriller. I would rate this movie a 9.5 out of 10. The only changes I would make to this film is having a preview of a possible sequel at the end of the film so that the story can be continued.